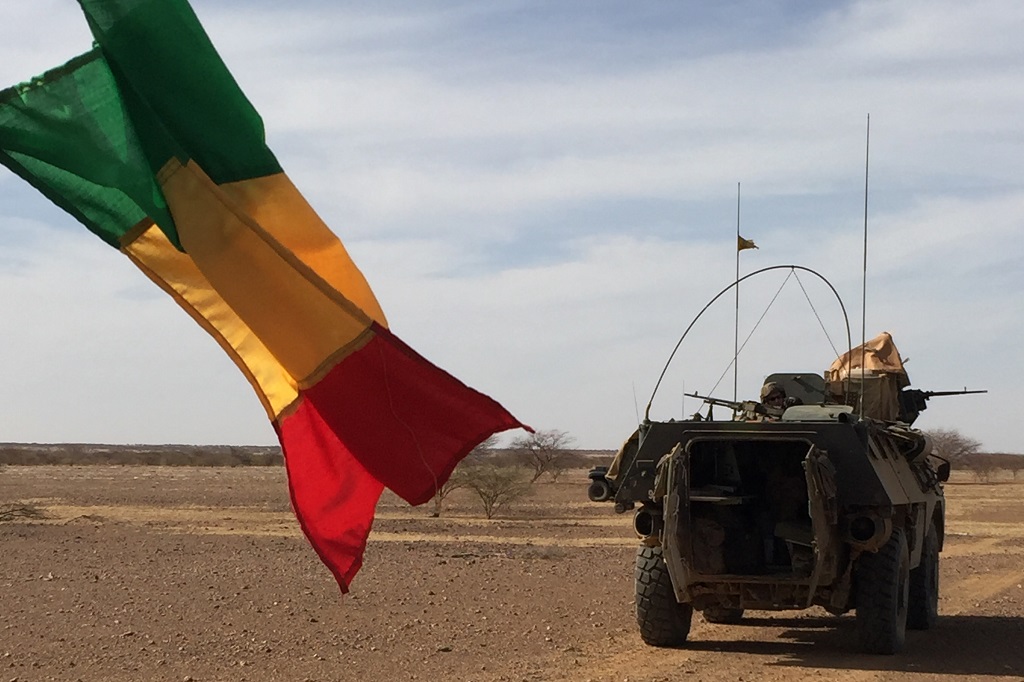 Soldiers of the France's Barkhane mission patrol in a military vehicle next to a Malian national flag on November 2, 2017 in central Mali, in the border zone with Burkina Faso and Niger as a joint anti-jihadist force linking countries in the Sahel began.

BAMAKO - Gunmen killed at least three Malian soldiers in an attack on a military post in the northeast on Sunday, capping a week of violence that has stoked concerns about worsening security in the arid region.

The unknown assailants came before dawn and surrounded the post in the town of Menaka in Mali&39;s remote desert near the border with Niger, killing three soldiers, a security source said. A local official said five were killed after a gunfire exchange that lasted 40 minutes.

An official Malian spokesman was not available to comment.

The scrubland of West Africa&39;s Sahel region has been the scene of growing militant violence over the past year, some perpetrated by groups with links to Islamic State and al Qaeda who roam the vast desert stretches and cross international borders often without detection.

The deteriorating situation has drawn a growing international military response including from France and the United States aimed at restoring security in Mali and the wider Sahel that includes Niger, Burkina Faso, Mauritania and Chad.

French forces pushed back a northern Islamist insurgency in Mali in 2013, but since then attacks have spread further south towards the capital, Bamako, despite the presence of a UN peacekeeping mission.

On Saturday, a group of around 30 heavily armed fighters attacked a military camp in Soumpi, located in the centre of the country near the southern boundary of Mali&39;s Timbuktu region.

On Thursday, a landmine blew up a civilian passenger vehicle, again in the country&39;s centre, killing 26. The vehicle was passing through an area where militants loyal to Islamic State are known to operate.

Mali and its western neighbour Senegal plan to deploy 1,000 troops soon in an operation to pacify central Mali, but regional experts have raised concerns that military intervention will not solve a crisis in an impoverished rural region whose troubles have complex, local roots.