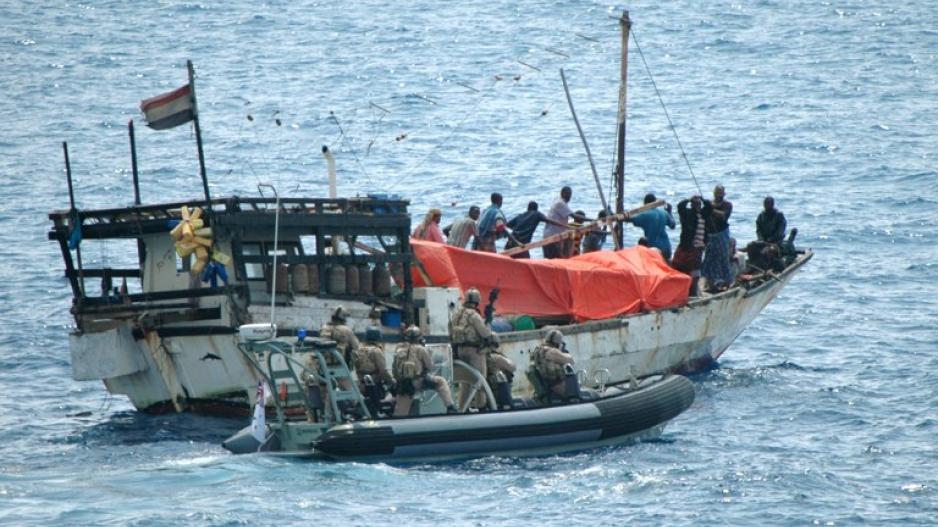 HMAS Stuart interdicted a Yemeni-flagged dhow and rescued three crew members who were being held hostage by Somali pirates off the Horn of Africa.

PORT LOUIS, Mauritius - Twelve Somalis who attacked a container ship in the Indian Ocean were sentenced to five years in jail in Mauritius on Thursday, a reminder of the region&39;s battle against piracy.

The men were accused of firing on the MSC Jasmine, a Panamanian-flagged container ship, in January 2013 before being captured by naval anti-piracy forces and transferred to Mauritius for trial.

They were found guilty of sea piracy on 14 July.

Sentencing them on Thursday a judge said the three years they had already served would be be taken off their jail time.

Foreign navies that capture suspected pirates have handed over hundreds to regional nations including Mauritius, as well as Kenya, Seychelles and Tanzania, though the criminal industry in the Indian Ocean and Gulf of Aden has largely died out.

The men, aged between 22 and 47, had been acquitted in November 2014 but prosecutors appealed, and in December last year a new trial was ordered.

Somali piracy reached its peak in 2011 when Somali pirate gangs attacked 237 vessels, seizing 11 vessels and 216 hostages, earning on average more than $2-million for every ship ransomed.

Anti-piracy patrols by international warships and armed guards aboard commercial vessels, which now sail faster and further away from the Somali coast, have largely suppressed incidents of piracy.

Although Mauritius was not directly affected, the Indian Ocean island nation feared for its maritime trade as well as the many luxury cruises that feed its economy.