Somali president pleads to UN for aid to avert famine 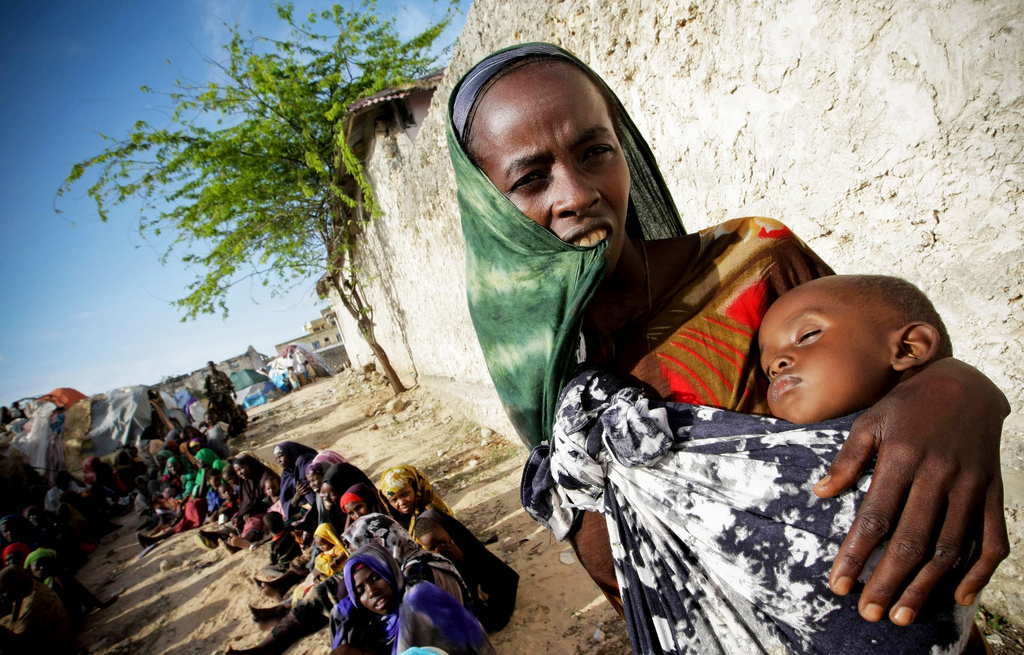 FILE: A Somali woman holds a malnourished child, waiting for medical assistance from the African Union Mission in Somalia (AMISOM), an active regional peacekeeping mission operated by the African Union with the approval of the United Nations.

NEW YORK - Somalia's new president appealed to the international community Thursday for more aid to avert a famine threatening his country that could also undermine fledgling political hopes born in his peaceful election.

"Almost half of our people are facing acute food shortages and about 15 percent are facing famine" amid a severe drought, Somali President Mohamed Abdullahi Mohamed, also known as Farmajo, said in a video conference with the United Nations Security Council.

"Among the many pressing priorities for my administration, responding effectively to the current humanitarian crisis tops the agenda," he said.

Somalia, a Horn of Africa country of 12 million people, is facing its third famine in 25 years of civil war and anarchy.

At least 260,000 people died in the 2011 famine in Somalia -- half of them children under the age of five, according to the UN World Food Program.

"The response from the Somali people and the international community has been tremendous," the president told the council. "We kindly request that all those who can -- support this effort further."

Farmajo is a popular leader whose recent election has sparked hope among Somalis of a more stable future for a country notorious for being the world's foremost failed state.

He assured the council that his administration would pursue good governance and economic renewal.

In addition, he pledged to develop the country's own defences against Al-Shabaab, a jihadist group linked to Al-Qaeda that was forced out of the capital in 2011 by African Union troops but still controls parts of the country.

Most of the participants in the discussion praised the electoral process that resulted in the February 8 election of Farmajo, a dual US-Somali citizen, and his administration's plans.

British Foreign Minister Boris Johnson, who chaired the council meeting, also pleaded with members to increase their aid to Somalia.

"The crisis risks undermining the hard-won political progress that has been made. If we learn the lessons of 2011 and act early and decisively, the famine can still be prevented," he said.

Only 32 percent of the $864-million needed this year to prevent famine has been raised, said Michael Keating, the UN special representative for Somalia.

The delivery of the funds is especially urgent to halt the spread of cholera, which now affects 11 of the country's 18 regions, he said.

"More resources are needed by the end of March... to reach affected people before it's too late," Keating warned.

No new aid was announced.

Somalia, along with Yemen and Nigeria, is on the verge of famine, while the disaster has already been declared in South Sudan.

The United Nations has called on the international community for an urgent mobilisation of funds -- $4.4-billion by July -- for the four countries to avert a catastrophe.