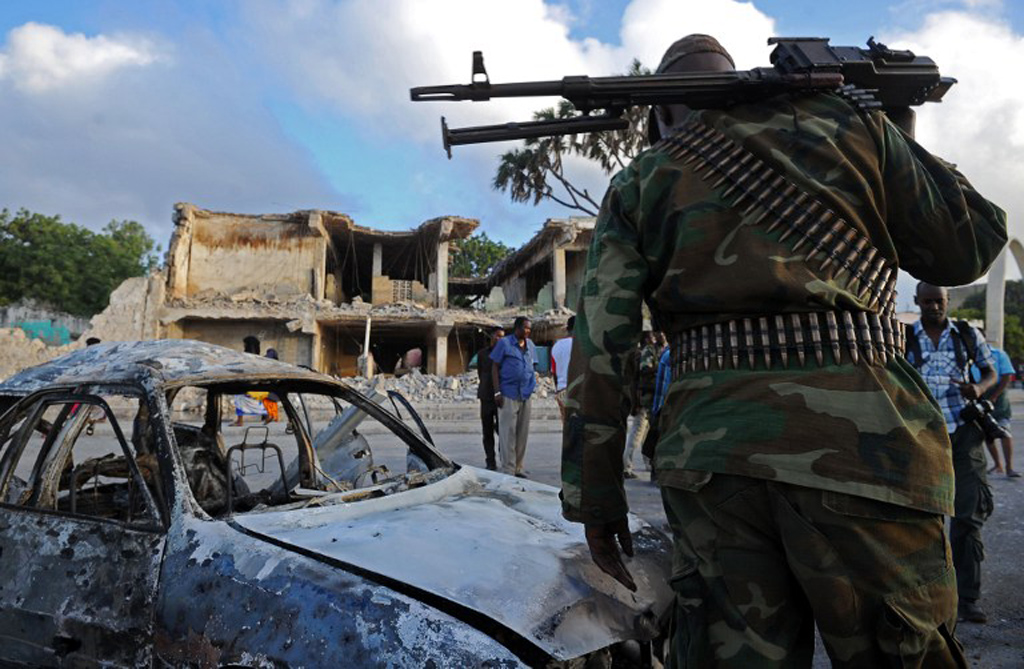 Somali soldiers and resident stand near wreckage car and buildings on 27 February, 2016, in Mogadishu, Somalia.

A mother stands by her child laying in a bed at Medina hospital on 27 February, 2016 in Mogadishu, the day after the attack on SYL hotel. Credit: AFP /MOHAMED ABDIWAHAB

"The official number of the dead has reached 30 people -- all of them civilians -- and 61 others have been wounded, 15 of them seriously," Abdurashid Abdulahi, governor of Bay region, told AFP.