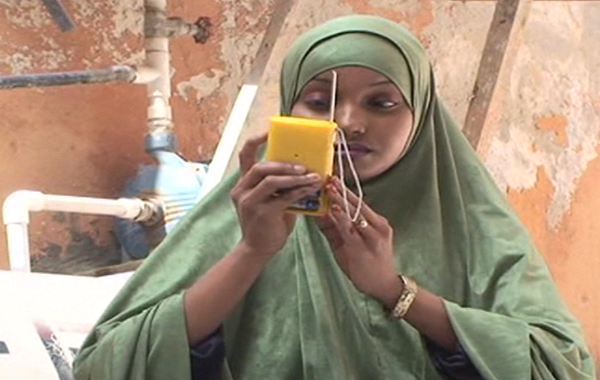 MOGADISHU - Somalia is giving a voice to women in the country with the first ever radio station for and run by women.

The independent station called Kasmo FM, has for several months now broadcast from Mogadishu and is gaining in popularity.

The new station was launched in March 2012 to mark International Women&39;s Day.

Sports journalist Fadumo Hashi Farah said: "It’s director is a woman, its program producers are women, and its technicians, newscasters and reporters are also women. In fact, I believe it is the first radio station to take this positive step and broadcast women&39;s voices in Mogadishu.”

The independent community station already has around half a million listeners.

"I am one of the listeners of Kasmo radio, which calls itself the &39;women&39;s voice&39;.  It talks about the internally displaced people, rape against women, and many other issues. I like this radio station because it broadcasts programs about cooking, women&39;s affairs and other programs," said a listener.

Kasmo FM highlights how much has improved in Mogadishu since the militants were driven out of the city.

Somalia is one of the most dangerous placed in the world to be a journalist with several reporters being kidnapped and killed in recent years.