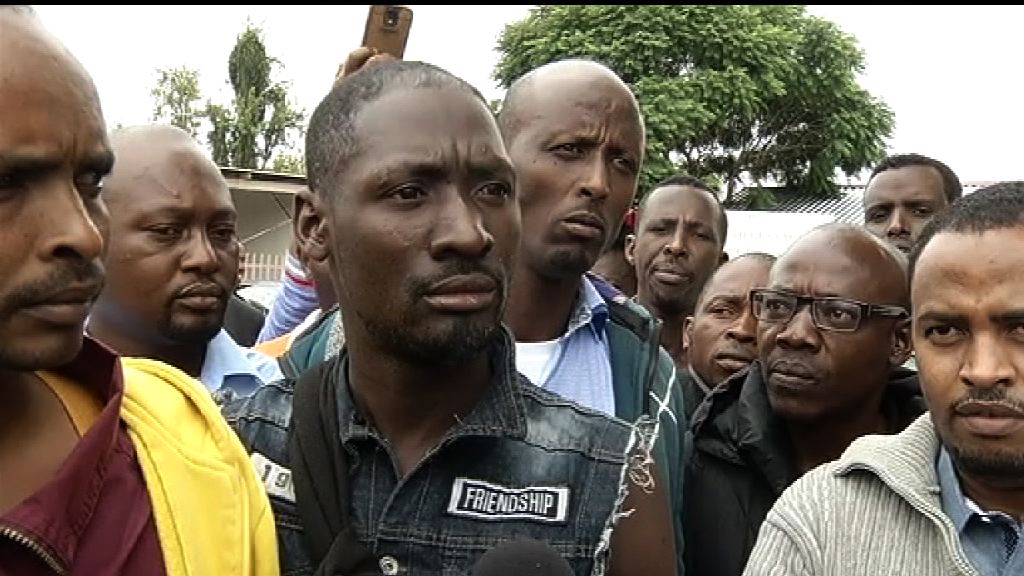 PRETORIA, 24 February 2017 - Residents from some Tshwane townships are marching on the Pretoria CBD. They plan to hand over a memorandum against illegal immigration to Home Affairs.

"Some of them claimed they were returned for irregular migration offences when the South Africa authority withdrew their voluntary work permits that it had hitherto given to African migrants, and made ... work permits more difficult to get," she said.

"They (Nigerians) have been arbitrarily raided ... More (deportations) will likely follow," said Dabiri-Erewa, adding that drug offenders among those sent back had been handed over to the Nigerian police.

READ: ‘SA should be eternally grateful to Nigeria for defeating apartheid’

Uche Ajulu-Okeke, Nigeria's consul-general to South Africa, confirmed the deportations in a text message, saying they were due to a "lack of documentation". Some had said their documents were destroyed in anti-immigrant violence, so they were no longer able to prove they had legal documents, she said.

"I know, coming in the wake of xenophobia, that it (the deportation) was not a very sensitive act," she said.

Anti-immigrant sentiment in South Africa flared up in late February against a background of near-record unemployment, with foreigners being accused of taking jobs from locals and getting involved in crime.

In retaliation, protesters in Nigeria vandalised the head office of South African mobile phone company MTN in the capital Abuja last month. Some Nigerians have demanded that South Africans leave their country.

Asked about the deportations on Wednesday, Mayihlome Tshwete, a spokesman for South Africa's home affairs ministry, said his country deported people of different nationalities "on a day-to-day basis".

"Deportation is a 90-day process and it happens on an ongoing basis, so I won't get into a singling out of Nigerians," he said, when asked for details about the Nigerians deported.

Nigeria's parliament on Wednesday selected a team of 12 lawmakers to travel to South Africa, along with foreign ministry officials, to hold talks with the South African government, parliamentarians and the Nigerian community.

No time was given for when the delegation would leave.