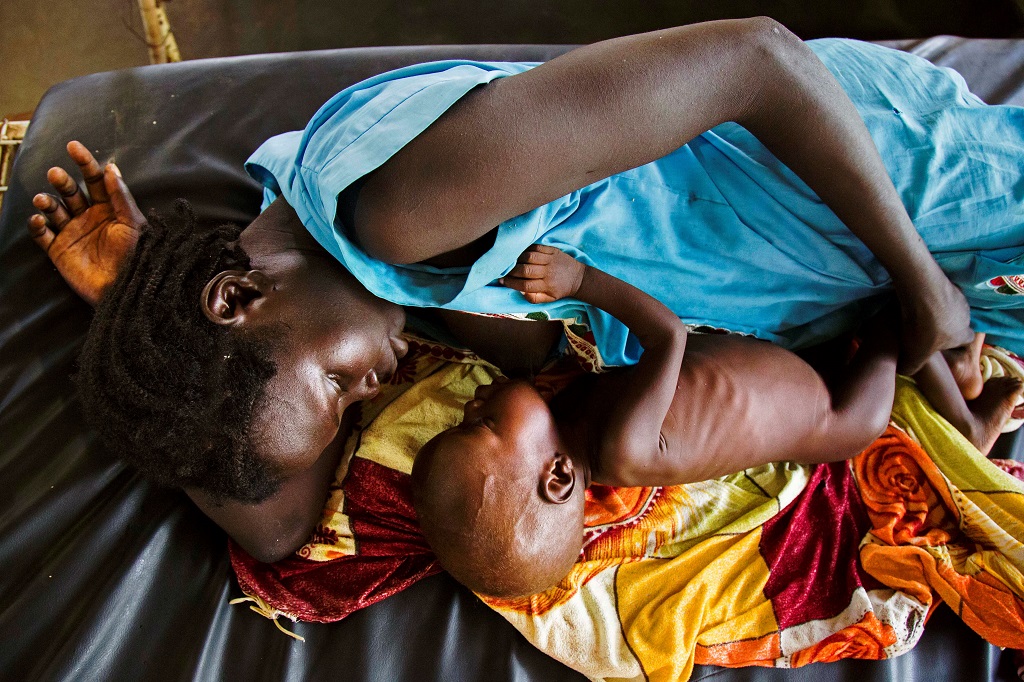 a mother breastfeeding her child who suffers acute malnutrition at the clinic run by Doctors Without Borders (MSF) in Aweil, northern Bahr al-Ghazal, South Sudan.

JUBA - South Sudan's government said on Monday that the country's over three-year war had led to famine in parts of the nation, with nearly five million people - half the population - going hungry.

Isaiah Chol Aruai, the chairman of South Sudan National Bureau of Statistics, said some parts of the northern Greater Unity region "are classified in famine, or... risk of famine".

"The convergence of evidence shows that the long term effects of the conflict coupled with high food prices, economic crisis, low agricultural production and depleted livelihood options" have resulted in 4.9 million people facing starvation and famine, he said.

The famine classification is according to an internationally recognised sliding scale of hunger in which an extreme lack of food has led to starvation and death.

"The main tragedy of the report that has been launched today... is that the problem is manmade," said Eugene Owusu, the United Nation's Humanitarian Coordinator for South Sudan.

"The underlining drivers have been there for some time and we have all known that we have a major food crisis."

He said conflict and insecurity for humanitarian workers, who had suffered attacks while carrying out their work, and the looting of "humanitarian assets" had exacerbated the crisis.

"I would like to use this opportunity to call on the government, the warring parties and all actors to support humanitarians to provide the necessary access so we can continue to bring lifesaving services to those in need," he said.

READ: More than 30 women and children abducted in South Sudan

An August 2015 peace deal, which led to the formation of a unity government, was left in tatters when fighting broke out in Juba in July last year.