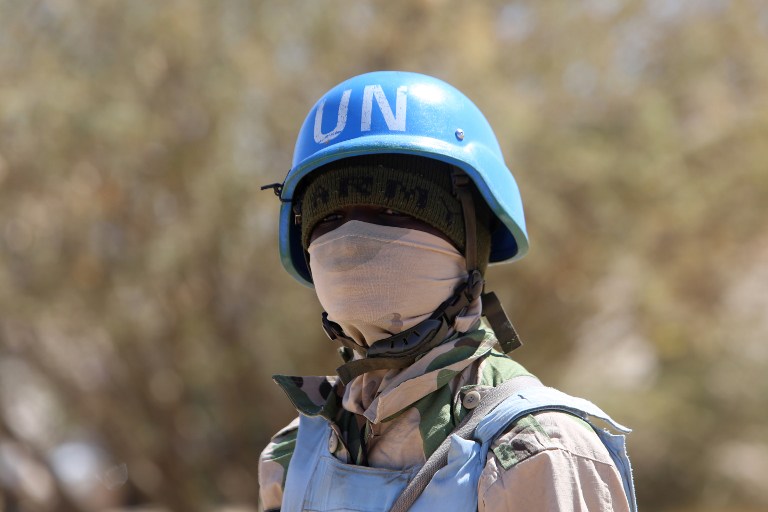 File: A member of the UN-African Union mission in Darfur (UNAMID) looks on while patrolling the area near the city of Nyala in Sudan's Darfur on January 12, 2015.

NAIROBI – South Sudan has over the past week ordered two senior employees of the Norwegian Refugee Council (NRC) to leave the country, without explanation, the aid organisation said on Wednesday.

The expulsions follow the deportation of an American journalist from the war-torn country and come as alarm rises over spreading violence, with UN human rights experts warning "ethnic cleansing" was under way.

The NRC's country director was asked to leave last Friday after being held by security services for more than a day, and its area manager for the northern Warrap state was told to leave on Tuesday.

"NRC has not received any formal explanation of the charges against these two individuals," the organisation said in a statement.

"Without assurances from the authorities that we will be able to operate without interference, NRC may have to reassess our ability to deliver assistance at scale in South Sudan," added Egeland.

The aid organisation has been present in South Sudan since 2004, and the first eight months of this year alone provided assistance to over 658,000 people across the country.

Internal rivalries erupted as President Salva Kiir accused his former deputy Riek Machar of plotting a coup, leading to violence that has left tens of thousands dead and more than 2,5 million people displaced.

An August 2015 peace deal was left in tatters when fighting broke out in Juba in July, with violence spreading throughout the country and no prospects for peace in sight.

UN human rights experts warned two weeks ago of a nation on the brink of catastrophe, saying "ethnic cleansing" was under way in several areas of the country as well as "mindboggling" levels of sexual violence.

The NRC estimates that over six million people – more than half the population – need humanitarian assistance.