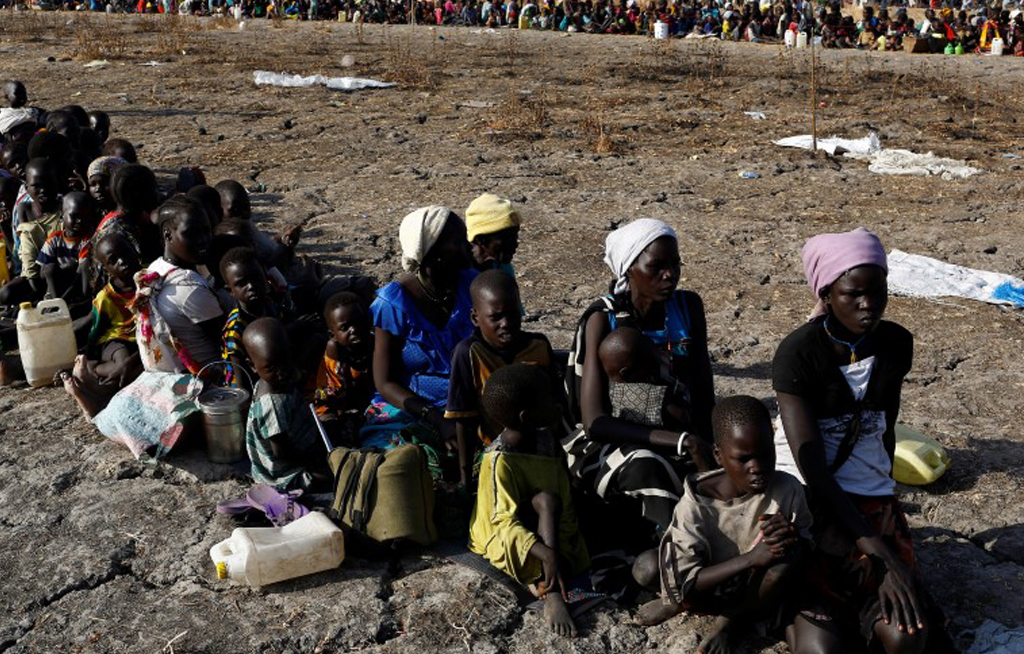 JUBA, South Sudan – A famine that was declared in parts of South Sudan four months ago is over, UN aid agencies said Wednesday, but extreme hunger has increased to its highest levels ever across the war-torn country.

"The accepted technical definition of famine no longer applies in former Unity State's Leer and Mayandit counties where famine was declared in February," according to a joint statement from the UN children's agency UNICEF, the World Food Programme (WFP) and the Food and Agricultural Organisation (FAO).

The manmade famine, due to three years of conflict, has affected 100,000 people. The term famine is used according to a globally agreed scale determined by levels of access to food, acute malnutrition and daily deaths due to hunger.

But while the famine has eased, the number of people struggling to find food each day has grown to six million from 4.9 million in February, in what the agencies said was the "highest level of food insecurity ever experienced in South Sudan."

And the number of people facing emergency levels of hunger -- one step below famine -- has increased to 1.7-million from one million in February. "The crisis is not over. We are merely keeping people alive but far too many face extreme hunger on the edge of a cliff," said the FAO's director of emergencies Dominique Burgeon.

"The only way to stop this desperate situation is to stop the conflict, ensure unimpeded access and enable people to resume their livelihoods."

South Sudan, the world's youngest nation, was plunged into civil war in 2013 after President Salva Kiir accused his rival and former deputy Riek Machar of plotting a coup against him.

The violence -- initially between ethnic Dinka supporters of Kiir and ethnic Nuer supporters of Machar -- has since spread to other parts of the country, engulfing other ethnic groups. An August 2015 peace deal was left in tatters when fighting broke out in Juba in July last year.

The United Nations has warned of potential genocide and ethnic cleansing in the country, where there seems to be no prospect of peace in sight. Farming communities have been driven from their homes, leaving fields unharvested and markets disrupted, and food prices have soared.

More than 3.5-million people have been displaced by the conflict, and tens of thousands killed. The UN agencies warned that gains made in the famine-struck areas must not be lost and that emergency food aid was still crucial to prevent a return to crisis situations.

"Food insecurity is a key issue, but so is lack of health care, poor water and sanitation and, most crucially, access to those children in need of treatment. At present, too many parts of the country remain cut off due to insecurity, leaving hundreds of thousands of children on the cusp of catastrophe," said Mahimbo Mdoe, UNICEF's Representative in South Sudan.

Severe drought across eastern Africa has left millions hungry in Somalia, Ethiopia and Kenya, and with yet another poor rainy season just ending, humanitarians have warned the situation could grow even worse.