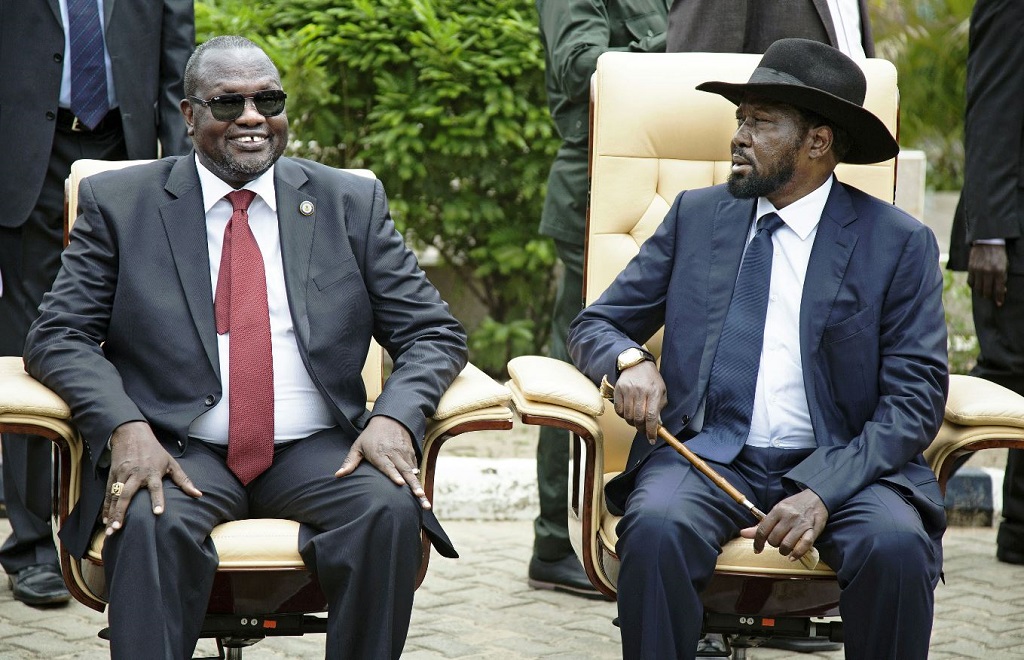 KHARTOUM - South Sudan President Salva Kiir and Riek Machar agreed on Wednesday to a "permanent" ceasefire to take effect within 72 hours, raising hopes of a deal to end their country&39;s devastating war.

"All parties have agreed on a permanent ceasefire within 72 hours of signing the Khartoum Document," Sudan&39;s Foreign Minister Al-Dierdiry Ahmed announced following talks in the Sudanese capital.

Kiir and Machar then signed the document in the presence of Sudanese President Omar al-Bashir.

The latest push for peace in South Sudan comes as part of a fresh bid launched by East African leaders with the two fighting factions facing a looming deadline to avert UN sanctions.

The Khartoum negotiations came after a round of talks brokered by Ethiopian Prime Minister Abiy Ahmed last week in Addis Ababa faltered.

On arriving in Khartoum, Kiir and Machar expressed their readiness to talk peace as the dialogue opened in the presence of Bashir and Ugandan President Yoweri Museveni.

South Sudan&39;s war, which has killed tens of thousands of people and displaced about four million, broke out in December 2013 when Kiir accused his then-deputy Machar of plotting a coup, dashing the optimism that accompanied independence from Sudan just two years earlier.