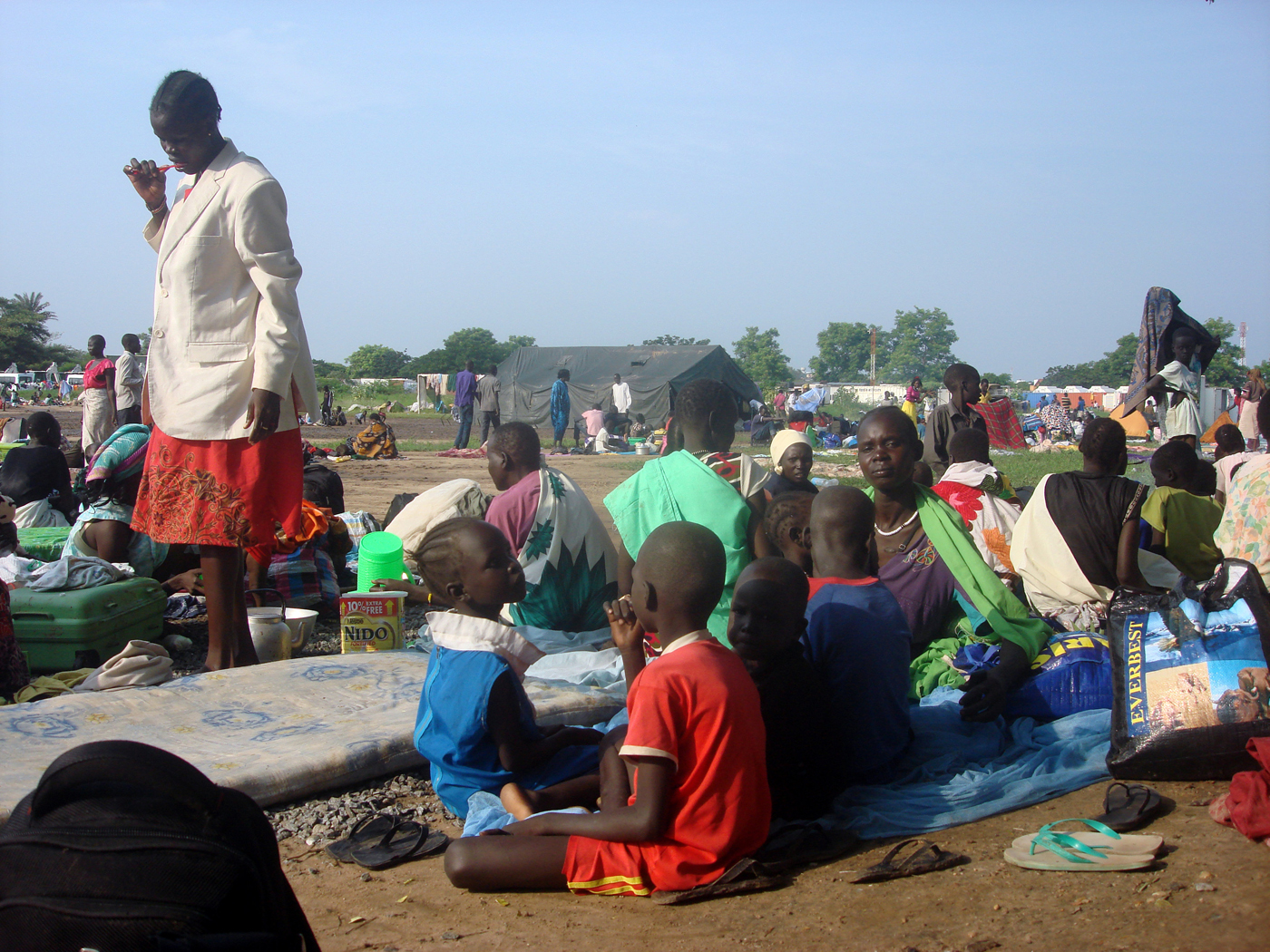 Displaced South Sudanese families are seen in a camp for internally displaced people in the United Nations Mission in South Sudan (UNMISS) compound in Tomping, Juba.

JUBA – South Sudan&39;s president ordered a ceasefire on Monday after a new day of heavy fighting in the capital Juba that sent thousands of people fleeing and threatened a return to civil war.

President Salva Kiir&39;s ceasefire order on Monday evening raised hopes of an end to four days of deadly fighting between the army and ex-rebels.

"The president has reiterated his commitment to the continued implementation of the (peace) agreement in letter and spirit, and thus issues an order of cessation of hostilities with immediate effect," Information Minister Michael Makuei said on state television at 6pm local time.

There was no immediate response from rebel leader turned Vice President Riek Machar whose forces have been battling Kiir&39;s soldiers on and off since Friday evening.

The UN had expressed deep alarm over days of violence between the army and ex-rebels, which has left several hundred people dead and threatens the young nation&39;s shaky peace.

SouthSudan President Kiir has ordered a ceasefire after days of fighting with former rebels in the capital https://t.co/1C8ODj5o32

On Monday, UN Secretary General Ban Ki-moon called for an immediate arms embargo against South Sudan in response to the heavy fighting.

Ban also appealed to the UN Security Council for targetted sanctions against Sudanese parties involved in clashes between government and former rebel forces.

The UN mission in South Sudan should also be strengthened with attack helicopters, Ban said.

The UN Mission in South Sudan (UNMISS) said "more than 7,000 people" had sought shelter at two compounds in Juba while fighting was also reported in the south-eastern town of Torit where thousands fled to a UN base.

Eight people have been killed and 67 injured at the UN&39;s so-called "Protection of Civilian" sites in Juba since on Sunday.

2 Chinese peacekeepers were killed in SouthSudan protecting civilians. We pay tribute to their bravery & sacrifice. pic.twitter.com/7Uv5oYxoV7

"UNMISS compounds are caught directly between the fighting and continue to sustain impacts from small arms and heavy weapons fire," UNMISS said in a statement.

Intense battles were fought throughout Monday with tanks and helicopter gunships deployed and artillery and mortar fire heard in parts of the city.

Witnesses reported "very, very heavy fighting" in Juba with residents barricading themselves inside houses and aid workers holed up in bunkers while the US embassy warned of "serious fighting between government and opposition forces".

The only civilians on the streets scurried for shelter during lulls in fighting.

The current fighting between soldiers loyal to Kiir, a member of the Dinka tribe, and former rebels backing Machar, a Nuer, was triggered by a deadly altercation at a checkpoint on Thursday night.

That was followed by hours of violent confrontations on Friday evening that left "over 300 soldiers" dead, according to Makuei.

After a pause on Saturday – South Sudan&39;s fifth anniversary of independence – battles began in earnest on Sunday morning, continuing throughout the day in several parts of the city before subsiding overnight and resuming on Monday.

It is unclear how many have been killed in the fighting since Sunday that has focussed on the Jebel and Tongping areas of the city.

China, once the biggest buyer of South Sudan&39;s oil, expressed serious concern over the flare-up which led to the death of a Chinese peacekeeper.

The UN Security Council demanded on Sunday that Kiir and his longtime rival Machar, "do their utmost to control their respective forces, urgently end the fighting and prevent the spread of violence".

The clashes are the first between the army and ex-rebels in Juba since Machar returned to take up the post of vice president in a unity government in April.

The violence marks a fresh blow to last year&39;s peace deal which has failed to end the civil war that broke out in December 2013, when Kiir accused Machar of plotting a coup.

The war has been characterised by rape, ethnic massacres, attacks on civilians, the use of child soldiers, pillage, widespread destruction of property and displacement of the population.

Ministers from the regional IGAD bloc held a special summit in Nairobi on Monday after which senior official Tedros Adhanom urged, "all the parties to engage in dialogue instead of violence".

Addressing the summit, Festus Mogae, a former Botswana president who leads a team of internationally-backed monitors, called for an immediate resumption of the ceasefire.

South Sudan has seen more fighting than peace since independence in July 2011. The August 2015 peace deal was supposed to end the conflict but fighting has continued despite the establishment of a unity government.

Tens of thousands have died in the violence, with close to three million forced from their homes and nearly five million surviving on emergency food rations.

The humanitarian crisis has unfolded alongside an economic one with the currency collapsing and inflation spiralling out of control. The country&39;s mainstay oil industry is in tatters and regional towns have been razed.