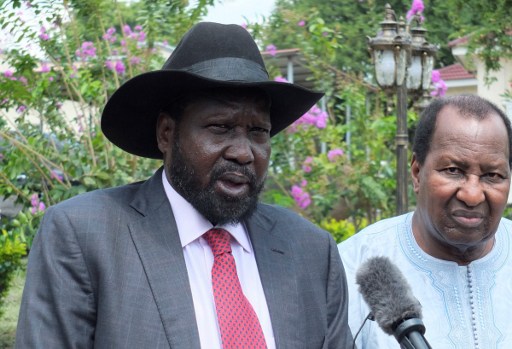 Kiir made the comments on Sunday to elders from his Dinka tribe, who had helped mediate the release of Awan in November, following a stand-off over presidential orders for his guards to disarm and return to their units.

Awan was dismissed by Kiir in May last year, following intelligence reports of a coup he was planning together with his supporters across the country.

He was prevented from returning to his home in Bahr El Ghazal and forced to go back to the capital Juba where he was held under house arrest.

READ: SSudan govt, rebels accuse each other of breaking truce

Citing videotapes, Kiir claimed Awan “was talking to soldiers and officers in the army to cause rebellion and attack towns in Bahr El Ghazal.”

On one of the tapes, Awan could allegedly be heard asking his officers to start fighting in Wau State and Aweil city in Bahr El Ghazal.

Another video allegedly recorded Awan asking an army major in Wau to start fighting immediately to capture Wau airport, while in a third, Awan is said to be speaking to several officers who rebelled against Kiir’s government in protest over how they were treated.

However, Awan, who is now based in Kenya, strongly denied the allegations and accused “the enemies of peace” of being behind the tapes.

“I would want to make it clear to the people of South Sudan that the tapes were fake and unauthentic. The tape recordings are a clear imitation of my voice minted by my well-known enemies,” he said.

He accused certain individuals of attempting to undermine his relationship with Kiir in order to preserve their own employment and financial interests, as the economy of the world’s newest country continues to implode.

Awan said he had previously personally purchased a recording machine for South Sudan’s security apparatus while still employed by Kiir, and that the device had “the ability to record the voice of a victim and this recorded voice can be turned around to cook future voices for the sake of implication.”