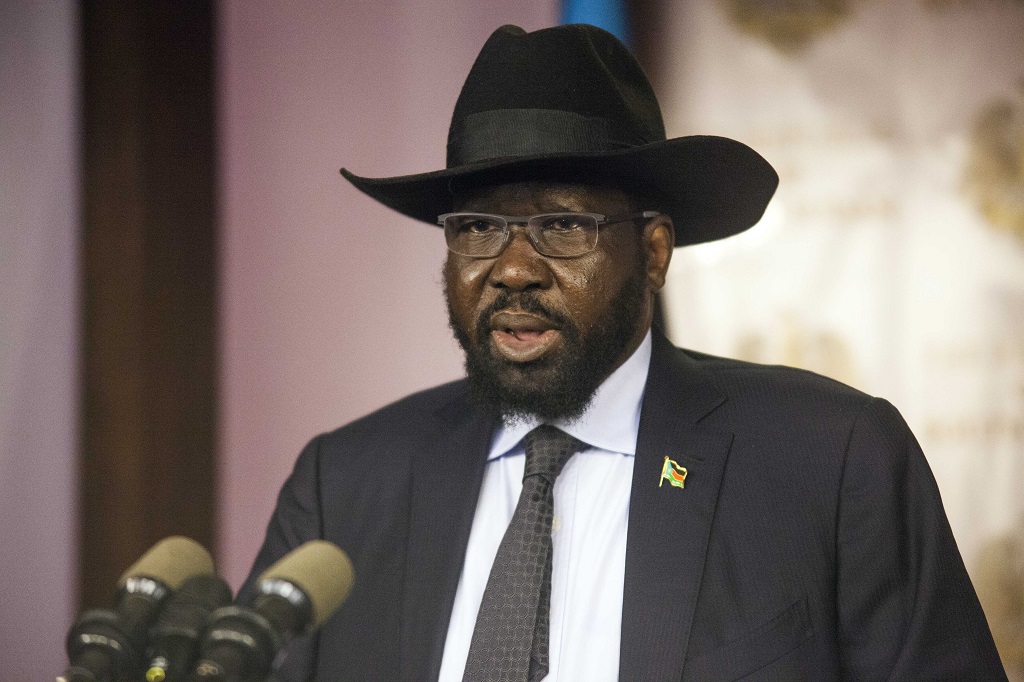 President of the Republic of South Sudan, Salva Kiir Mayardit, makes an address on July 9, 2017.
AFP

In a speech to the Transitional National Legislative Assembly (TNLA) on Monday, Minister of Justice and Constitutional Affairs, Paulino Wanawilla Unango, explained that the bill would extend the term of Kiir, his deputies and the parliament to July 2021, the Sudan Tribune reported.

The Constitutional Amendment Bill 2018 will be discussed by the TNLA committee of legislation. Once the deliberations are completed, the legislative assembly is expected to endorse it.

Should the bill be passed Kiir and his government will continue to rule the world’s newest country during a transitional period, following the recent ceasefire agreement in the Sudanese capital Khartoum, thereby avoiding a constitutional vacuum in the country.

These latest developments follow a previous threat by South Sudanese officials that if no agreement was reached with regional bloc, the Intergovernmental Authority on Development (IGAD) which helped broker the ceasefire deal, no new presidential elections would be organised and the implementation of the 2015 peace agreement would be abandoned.

The government and different opposition groups pledged during last week’s Khartoum declaration to settle outstanding issues on governance and security arrangements as outlined in the 2015 peace agreement.