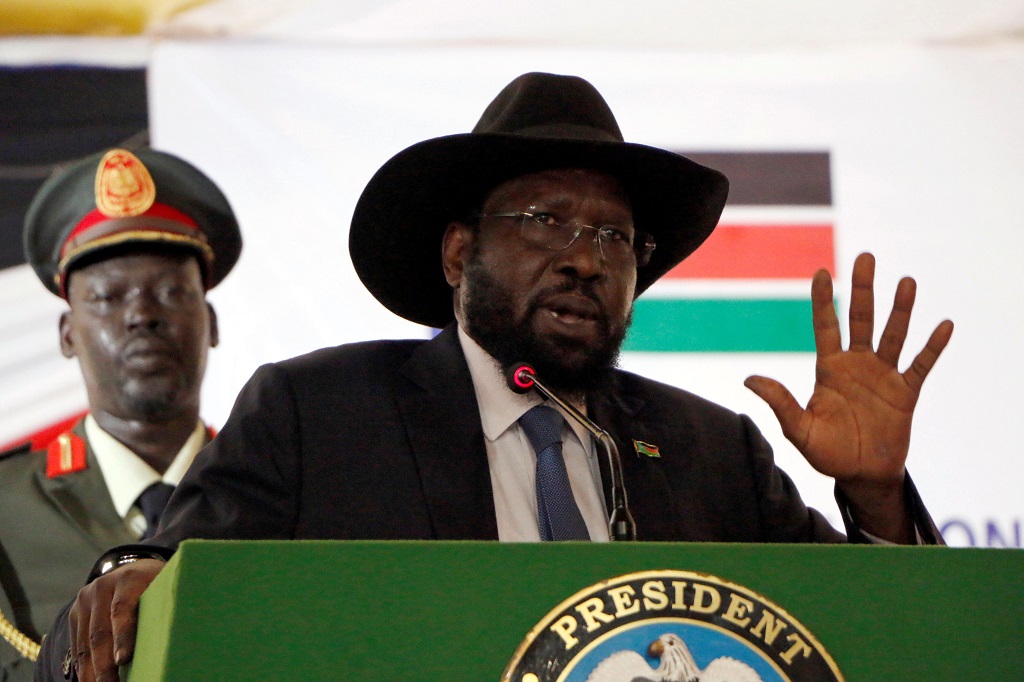 South Sudan's President Salva Kiir delivers a speech during the launch of the National Dialogue committee in Juba, South Sudan May 22, 2017.

JOHANNESBURG – South Sudan’s government and rebel groups have signed a ceasefire in the latest attempt to end a four-year civil war and allow humanitarian groups access to civilians caught in the fighting, Reuters reports.

Thursday’s signing of the ceasefire, which was convened by regional bloc, the Intergovernmental Authority on Development, is the latest attempt to resuscitate the 2015 peace agreement which collapsed in 2016 after renewed clashes broke out in the South Sudan capital Juba.

The clashes followed a decision by President Salva Kiir, an ethnic Dinka, to sack his deputy Riek Machar, an ethnic Nuer and the leader of the Sudan People’s Liberation Movement-In Opposition.

Representatives of Kiir and Machar were both present at the signing.

“From now onwards, there will be no more fighting,” he added. “Just talks.”

Moussa Faki Mahamat, the chairperson of the African Union Commission said that the signing of the agreement was encouraging and hoped it would put an end to the tragedy in the world’s newest country.

The next phase of negotiations will now involve reworking a power-sharing arrangement, culminating in setting a new date for elections.

Tens of thousands of people have died in the war, which has been fought largely along ethnic lines, four million have fled their homes and hundreds of thousands are struggling with poverty and hunger.