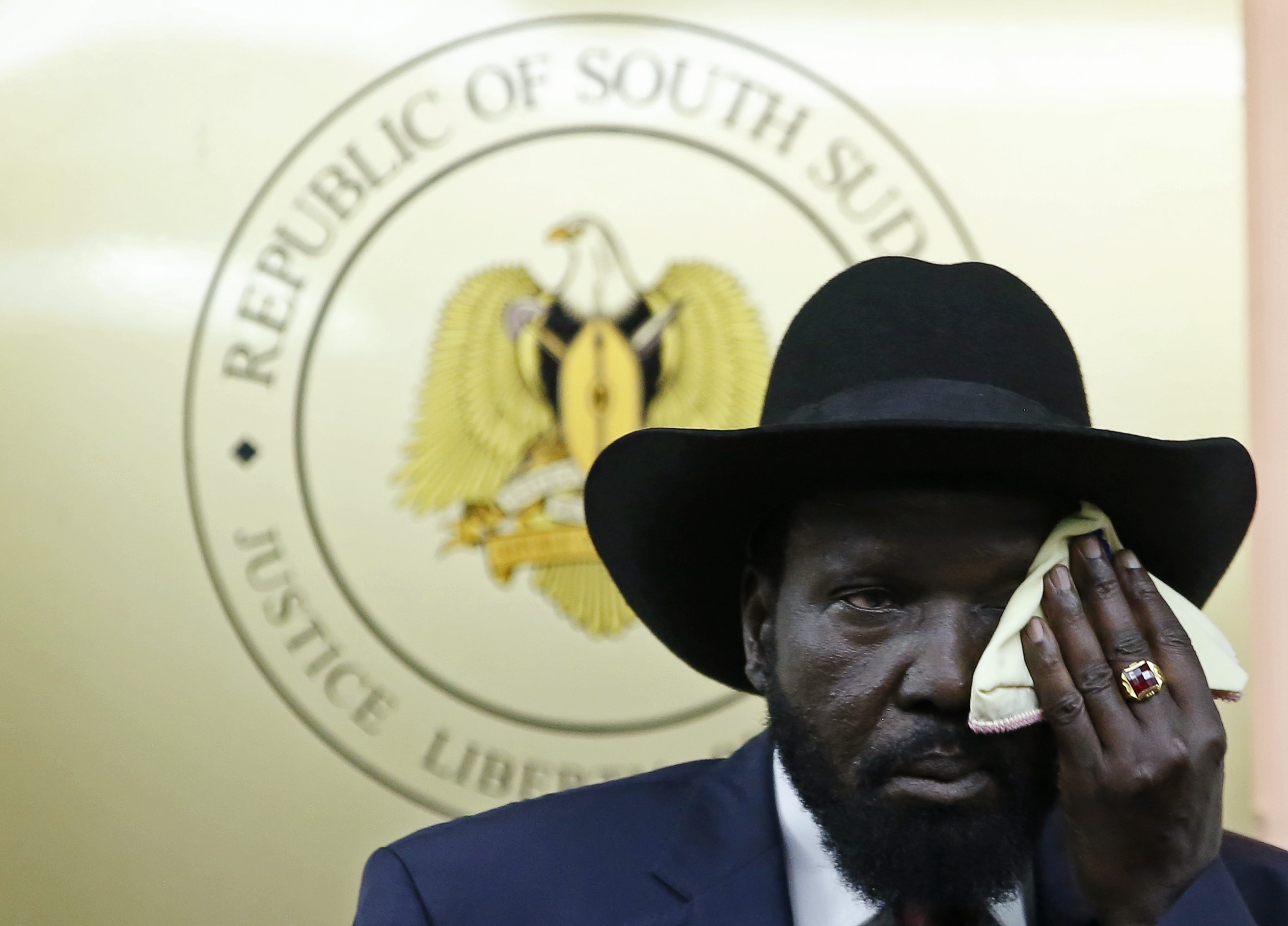 NAIROBI, Kenya - A senior South Sudanese general has quit, accusing President Salva Kiir and top members from his majority Dinka tribe of "ethnic cleansing," according to a resignation letter obtained by AFP Sunday.

Lieutenant-General Thomas Cirillo Swaka is the country's deputy chief of general staff for logistics and a respected figure among the country's foreign partners.

I "have lost patience with the conduct of the president and commander in chief, the chief of staff and other senior officers in the headquarters of the SPLA as well as unit commanders," Cirillo wrote.

Kiir and other officers of the SPLA -- the country's national army -- "have systematically frustrated the implementation" of a 2015 peace agreement and sought to "pursue the agenda" of the elders' council of the Dinka ethnic community, Cirillo charged.

This agenda, Cirillo wrote, rests on "ethnic cleansing", "forceful displacement of people from their ancestral lands" and "ethnic domination", all crimes against humanity.

South Sudan gained independence in 2011, but broke out into war in December 2013, pitting the Dinkas of President Kiir against former vice-president Riek Machar and his Nuer tribe supporters.

Observers said it later metastasised with other tribes joining one side or the other, often with the hope of getting an upper hand in local conflicts over land and other issues.

A peace agreement signed two and a half years later raised hopes of an end to the conflict, but the deal lasted just over two months.

Tens of thousands have died in the conflict, despite a 12,000-man UN peacekeeping force posted in the area, while over three million have been displaced.

Cirillo accused Kiir and his entourage of turning the country's military into a Dinka "tribal" army that has taken part "in systematic killings of people, rape of women and the burning of villages in the name of pursuing rebels in peaceful villages".

Cirillo is from the southern Equatoria region surrounding capital Juba that escaped violence in the beginning of the civil war.

Fighting had largely been restricted to the northern states of Unity, Upper Nile and Jonglei until war broke out in Juba last July.

In the past six months, it has expanded into Equatoria, where ethnic killings intensified, particularly in and around the southern town of Yei, prompting tens of thousands of people to seek refuge in neighbouring Uganda.

Dinka troops were accused of driving the atrocities, which drew the attention of the international community. It led UN experts in early December to report "ethnic cleansing" in several parts of South Sudan.

"Soldiers from the Dinka ethnic group have been strategically deployed and posted in non-Dinka areas to support the policy of land occupation," Cirillo said.

They "have appropriated to themselves other people's properties" and "deliberately neglected and left without deployment," he added.

This week, Festus Mogae, a former president of Botswana who leads the Joint Monitoring and Evaluation Commission (JMEC), reported that new militia groups have emerged in the conflict and expressed fears of renewed ethnic violence.