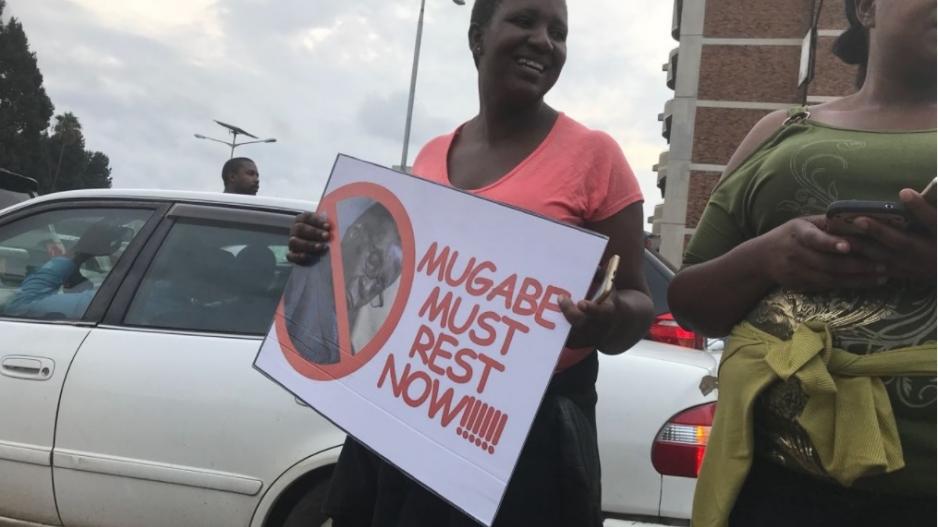 Zimbabweans are calling on Robert Mugabe to relinquish power.

Patrick Zhuwao says the military has simply been trying to water down what is really going on there.

Zhuwao, who is also Mugabe’s nephew, is in hiding, claiming there are threats to make him disappear should he go home.

He says the latest turn of events was unexpected.

“Not in our wildest thoughts did we think that the military will be as stupid as to subvert the constitution and embark on a coup, never in our wildest dreams," says Zhuwao.

"We really had so much confidence that our military commanders knew what was right and that they would not do something as nefarious, disgusting, deplorable, as shameful as conducting a military coup in this day and age…. If it is a coup, it looks like a coup and it smells like a coup, it is a coup. They are lying.”

Zhuwao says his uncle must never give in.