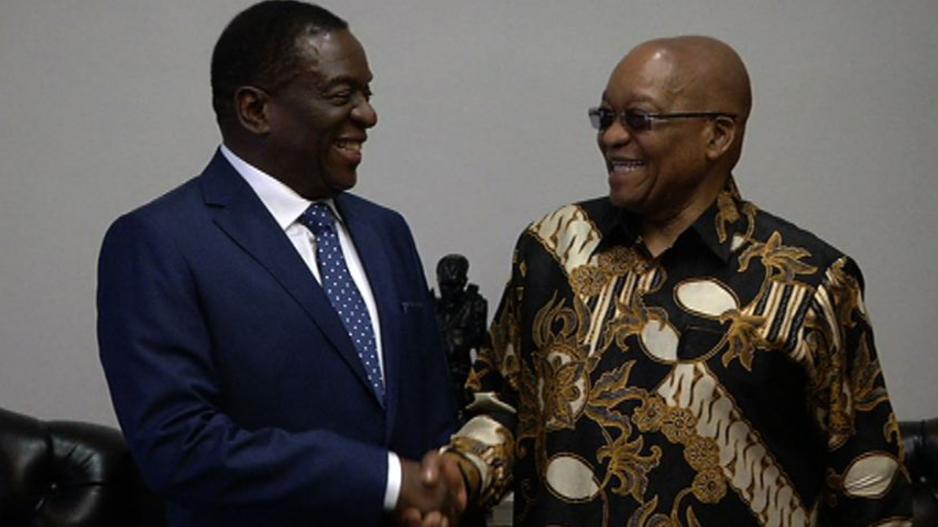 Johannesburg, 22 November 2017 - Emmerson Mnangagwa has paid a courtesy call on South African President, Jacob Zuma before heading back to Harare.

JOHANNESBURG - President Jacob Zuma has held talks with the man who will soon be his new counterpart in neighbouring Zimbabwe.

Emmerson Mnangagwa paid a courtesy call on Zuma in Pretoria before returning to Harare.

Mnangagwa fled to South Africa after he was axed as deputy president two weeks ago.

The Presidency said both leaders paid tribute to former president Robert Mugabe, who resigned from office on Tuesday, after 37 years.

They also acknowledged his contribution to the struggle for decolonisation and the liberation of Southern Africa.

Zuma was due to travel to Zimbabwe on Wednesday but cancelled his trip after Mugabe’s resignation.

However, ANC Secretary General Gwede Mantashe says the party is not celebrating the resignation and urged caution.

"We have taken an approach that is not as emotional as others, Zanu-PF is our sister party,” Mantashe said. “We have taken a view that says we must continue respecting Mugabe for the role he played as a freedom fighter. We must continue supporting him for advocating the Africa development programme and we must celebrate him for being a pan-Africanist…"

South Africa&39;s Parliament released a statement saying it noted Mugabe&39;s decision to resign, saying "This should assist with the peaceful transition to a new leadership."

The statement went on: "We also commend the restraint displayed by key institutions and ordinary citizens of Zimbabwe in what could have degenerated into an increasingly tense, protracted, and troubled situation."