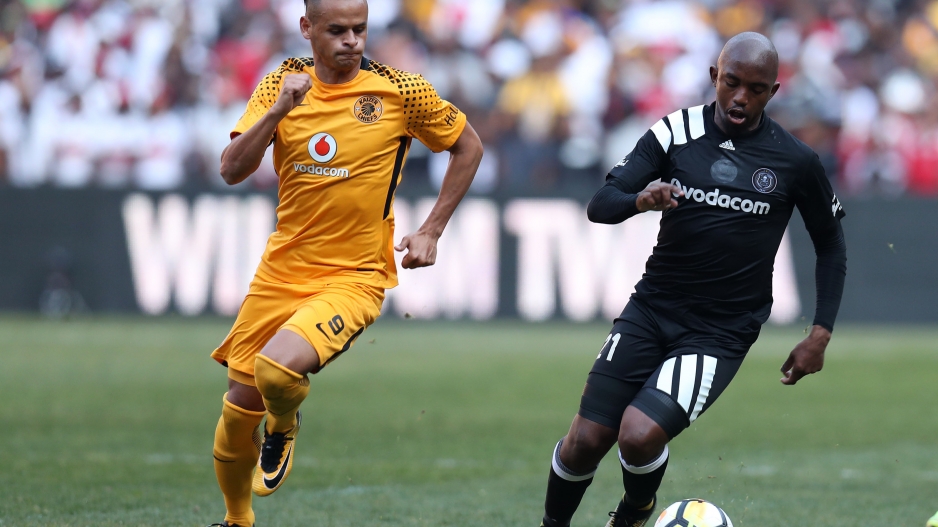 SOWETO – An early goal by Bernard Parker fired Kaizer Chiefs to a 1-0 win over Orlando Pirates in the Carling Black Label Champion Cup at the FNB Stadium on Saturday afternoon.

The competition, in its seventh year (Chiefs have now won it three times, Pirates four), is, of course, unique in that the starting line-ups and substitutes are decided by the supporters via a voting system, and not by the coaches.

Nevertheless, the victory against their biggest rivals would have given Glamour Boys tactician Steve Komphela a nice shot of confidence as he approaches his third season in charge, under pressure to bring in some major silverware.

Pirates head coach Kjell Jonevret, meanwhile, appears to be treading on thin ice, as speculation continues to increase that former Sea Robbers coach Milutin "Micho" Sredojevich is to return to the club after ending his time with the Uganda national side.

Jonevret's side showed some character in the second half, but it was Chiefs who dominated most of the opening stanza in Soweto.

The match got off to a flying start and Amakhosi were nearly ahead in the seventh minute when Lorenzo Gordinho’s header hit the crossbar, before Erick Mathoho’s follow-up effort was kept out bravely by Bucs keeper Siyabonga Mpontshane.

Mpontshane was at it again a minute later when he saved a header from Parker, with Chiefs keeper Itumeleng Khune also called into action as he blocked Thamsanqa Gabuza’s angled shot.

But it was the team in gold who were to open the scoring, in the 10th minute, when Gustavo Paez got to the by-line down the left flank before cutting back the ball for Parker to apply the finishing touch.

Pirates tried to find a way to get back into the contest, but their play lacked cohesion and instead it was Amakhosi who had further opportunities, Joseph Molangoane drawing a fine save out of Mpontshane while Parker went close with a header.

With new Pirates signings Thami Sangweni and Musa Nyatama introduced shortly after the restart, the Sea Robbers began to find some more fluency to their play and Khune had to be at his very best to deny Mpho Makola from restoring parity on 65 minutes.

Another Bucs sub, Bernard Morrison, had two good opportunities to score, but on the first occasion he was off the mark with a chip, while a second, ferocious effort was saved by Khune, before the Ghana attacker’s follow-up header hit the woodwork.

There was some last-gasp defending from Amakhosi as they managed to repel Pirates’ efforts to force the game into extra time before clinching the pre-season cup for the second year running.