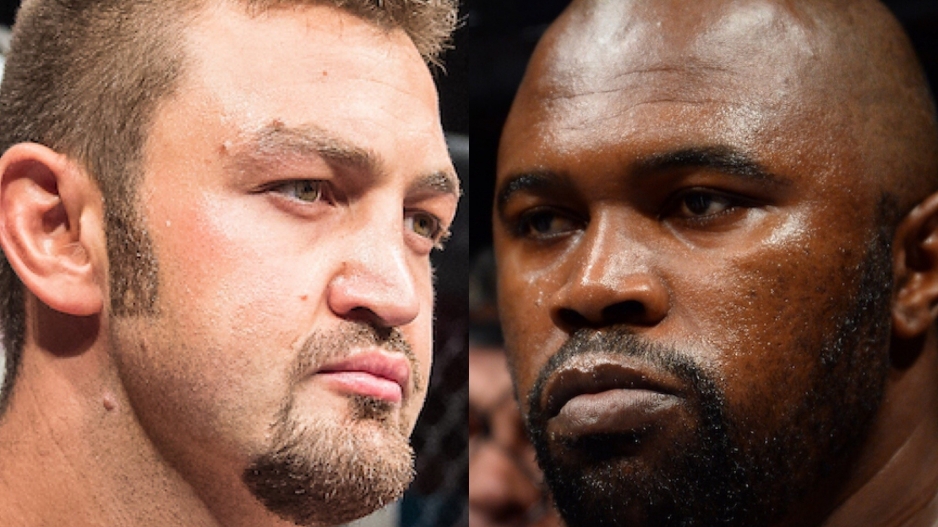 EFC Heavyweight champion Danie van Heerden (L) has been stripped of his title following a Facebook post in which he compared his opponent, Elvis Moyo (R) to an ape.

JOHANNESBURG – EFC Heavyweight champion Danie van Heerden has been stripped of his title following a Facebook post in which he compared his opponent  Elvis Moyo to an ape.

After deleting the post, followed by an apology, which received short shrift from Moyo, EFC management decided not only to take away the belt but cancel the bout and suspend him until further notice.

“This type of behaviour is completely unacceptable by anyone, regardless of whether you are a champion or not, and will not be tolerated,” stated EFC president Cairo Howarth. “We will not tolerate any form of racism by our athletes.”

A disciplinary hearing has been tabled with the sanctioning body, MMASA, while fan favourite Andrew van Zyl steps in to face Moyo at Sun City on 15 October for the now vacant title.

eNCA sources indicate that Van Heerden and Moyo met today in reconciliation, with the latter accepting the former’s apology.

It seems however, that EFC management were left with little option.

Fans and athletes have weighed-in with some supporting both athletes. Fellow fighters also sharing the main event at EFC 54 with Van Heerden and Moyo have promised a portion of their fight pay to Moyo’s chosen charity.

A photo posted by chad hanekom (@chad_superman) on