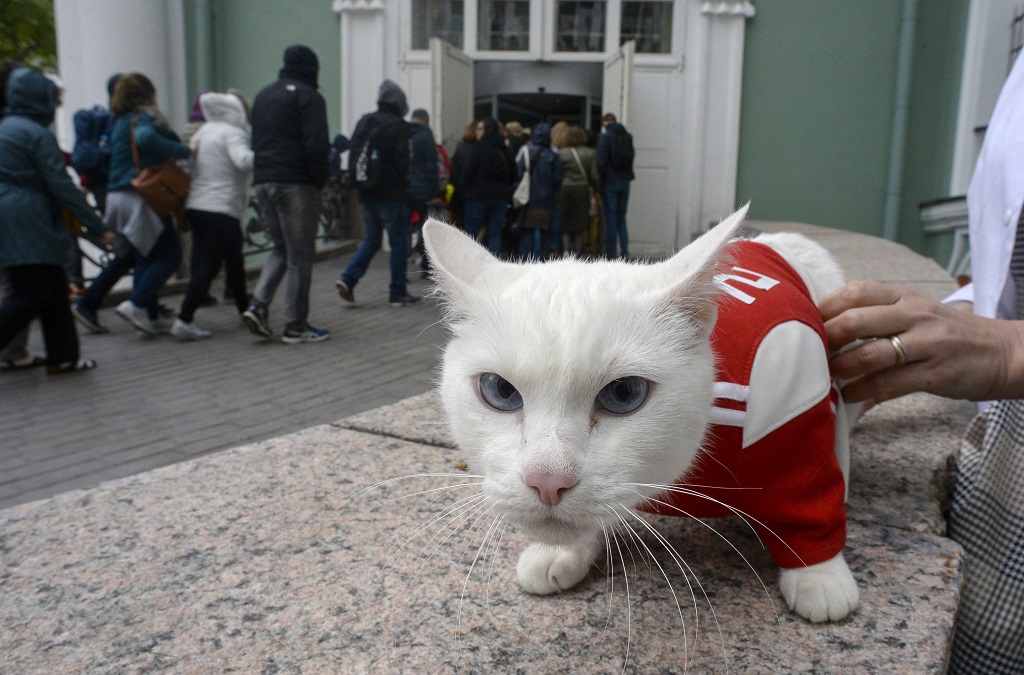 Achilles the cat, one of the State Hermitage Museum mice hunters, is pictured outside the museum in Saint Petersburg on June 7, 2018.

MOSCOW - Russia&39;s football team has failed to chalk up a single victory in eight months but things could be about to improve - according to a supposedly clairvoyant cat who predicted a win for the side in the first World Cup match.

Achilles, a deaf white cat who is the official animal soothsayer for the tournament, on Wednesday chose a bowl of food bearing the host&39;s flag rather than that of Saudi Arabia, who Russia will face on Thursday evening.

READ: The FIFA World Cup: What you need for your watch party

The blue-eyed feline is usually part of a team of dozens of cats that guard Saint Petersburg&39;s Hermitage museum from rodents, but has taken on a new role for the football event.

"Achilles is already used to the public and shouldn&39;t be too stressed," said vet Anna Kondratyeva, who manages the animals.

The cat follows in the tentacle-prints of Paul the Octopus who became a star in 2010 after predicting winners for that year&39;s World Cup by choosing one out of two boxes containing food.

Others have made a play to be the next Paul - including Swiss guinea pig Madame Shiva in 2014 and British Piranha Pele - but none quite had the mollusc&39;s foresight.

Earlier in the day the head of the Russian Orthodox Church Patriarch Kirill said he would pray for the national team to give a worthy performance.

The hosts, who take on Saudi Arabia in the Thursday curtainraiser, need all the moral support they can get as they come into the event without a win in seven games.