This Flag pastor charged with attempting to topple government 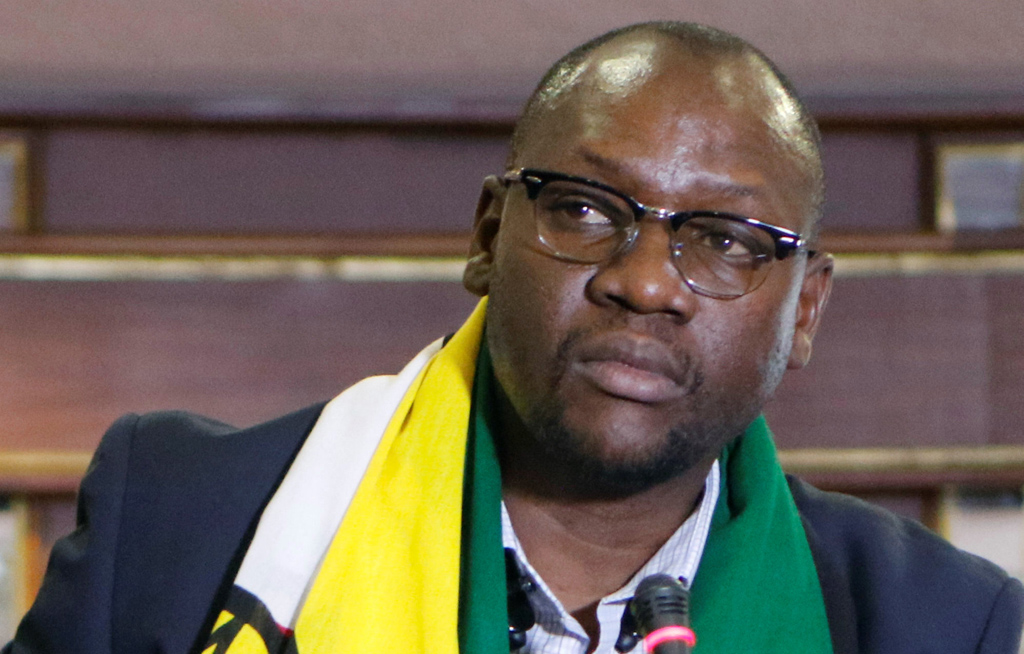 Pastor Evan Mawarire, who launched the movement ThisFlag, to get Zimbabweans to rally round the national flag and speak out against Mugabe policies, is seen at a press conference in Harare, Zimbabwe, 16 June, 2016.

HARARE - Zimbabwean pastor Evan Mawarire was charged on Wednesday with attempting to overthrow the government through an Internet campaign that inspired rare protests this month against President Robert Mugabe.

I urge you to refuse to preside over an unlawful arrest. What the state did is actually abduction

Mawarire appeared in a packed Harare courtroom draped in the Zimbabwean flag after spending the night in police cells as officers searched his house, church and office.

Mawarire&39;s lawyer Harrison Nkomo said his client faced up to 20 years in jail, and accused the state of ambushing the defence by changing charges without informing them.

Hundreds of Mawarire&39;s supporters gathered outside the court, waving the national flag and singing protest songs, as anti-riot police kept a watchful eye.

"We are here in solidarity with a man of the cloth who is standing against a system that has impoverished the citizens of this nation," Harare resident Pastor Ellard said.

They&39;ve told us to move because our singing is disrupting court proceedings. ThisFlag pic.twitter.com/sRsjQfN5R1

Though Mawarire had called for further "stay at home" protests on Wednesday, queues formed as usual at bus and taxi ranks to ferry people to work, and most businesses were open.

Teachers reported for duty at most public schools, which are conducting mid-year examinations, while nurses and doctors were at work at state-run hospitals.

Mawarire posted a video online last month that has since gone viral under the moniker ThisFlag. In the video he vents his anger about deteriorating social and economic conditions in Zimbabwe and urges citizens to hold government to account.

The preacher&39;s social media movement has rattled 92-year-old Mugabe&39;s administration, leading to its accusations that he is inciting public violence.

In the face of intimidation, abductions and arrests we are determined to be builders of a better Zimbabwe than the one we have ThisFlag

Anger is rising in Zimbabwe over high unemployment, corruption in government and shortages of money, which has seen people spending hours in bank queues to withdraw their cash.

"I am angered by the poverty and day-to-day struggles. The economy is not working and there are no jobs," Zimbabwean activist Maureen Kademaunga told Reuters.

Zimbabwe&39;s government warned protesters on Tuesday they would face the "full wrath of the law" if they heeded Mawarire&39;s call, after his ThisFlag movement organised the biggest anti-government demonstrations in a decade last week.

After his arrest, Mawarire supporters released a pre-recorded video urging Zimbabweans to stage another stay-away protest on Wednesday, although the signs were that most people had not heeded the call.

Amnesty International said Mawarire&39;s arrest was a calculated plan by Zimbabwean authorities to intimidate activists ahead of Wednesday&39;s protests.