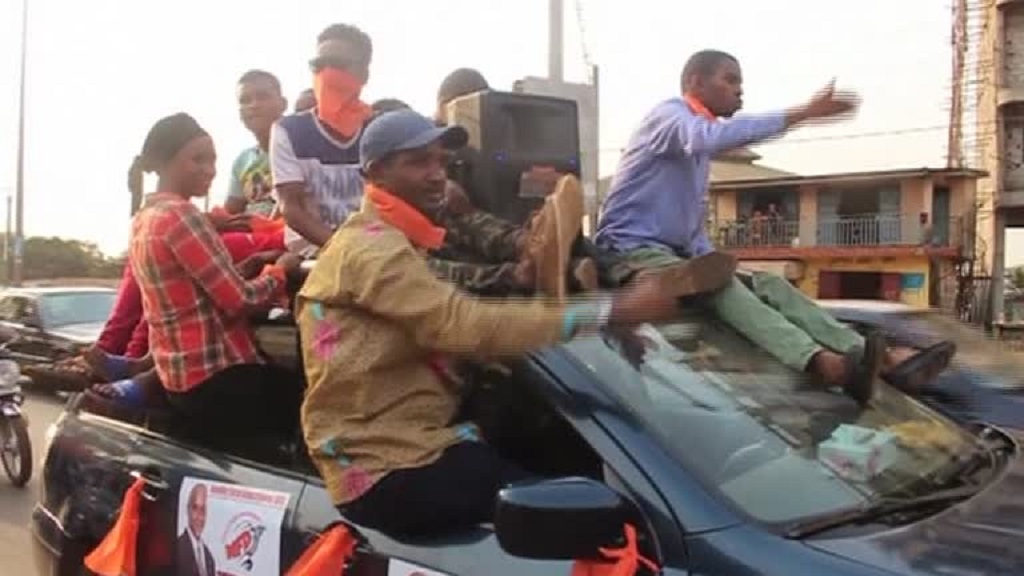 A general strike was called by the Guinea General Union of Workers (UGTG) in addition to an ongoing walkout by teachers and a complete shutdown of economic activity demanded by the opposition after disputed local elections.

CONAKRY - One man died and several were injured Monday when thousands of young people erected barricades and blocked traffic in the Guinean capital Conakry as mass strikes gripped the city.

A general strike was called by the Guinea General Union of Workers (UGTG) in addition to an ongoing walkout by teachers and a complete shutdown of economic activity demanded by the opposition after disputed local elections.

Conakry&39;s biggest market, Madina, failed to open its doors along with the vast majority of businesses, as youths overturned bins and set tyres on fire, cutting off entire sections of the city to vehicles.

Hospital sources told AFP 32-year-old Boubacar Sidy Diallo was shot dead while two of a number of people wounded were in intensive care.

Police also made 15 arrests in the Kaloum district, where civil society groups were protesting against the two-week closure of schools.

An on-off teachers&39; strike that has paralysed the education system shows no signs of stopping despite a government offer at the weekend to increase pay.

The victory of President Alpha Conde&39;s ruling Rally for the Guinean People (RPG) in the 4 February vote was marred by post-electoral violence involving supporters of the losing parties.

The UFDG has condemned what it terms "massive fraud" during voting, leading to unrest and the deaths of at least 10 people.

Diallo demanded to know the "real" results of the elections.

He said the strikes had shut down the capital Monday. "No market opened. No shop, No taxis ran. Everybody followed the strike."

"It&39;s only the start. The opposition will not retreat until our rights are restored," he added.

The powerful UGTG union had joined the teachers and opposition figures by calling for workers to stay at home on Monday.

It has cited mismanagement of the national social security system, poor regulation of subcontracted jobs and a perceived indifference to workplace accidents and arbitrary firings for the strike.

The UGTG called on public and private sector employees alike to continue to boycott their workplaces.

The triple challenge will add to the pressure on Conde to complete promised reforms and speed up negotiations with all parties concerned.

The government urged teachers who have held various walkouts since December to head back to class Monday and end their most recent strike, a demand they have flatly refused despite the offer of a 10 percent pay increase over the weekend.

Guinea&39;s education ministry said "all measures have been taken to make schools secure so that classes can take place in the best possible conditions," following protests near some establishments by disgruntled students.

Classes will be repeated and examinations potentially delayed to address the days lost by the strike, the ministry said.

Teachers have requested that a pay rise of 40 percent agreed in October 2017 be implemented, with back pay.

"For as long as the 40 percent (increase) with back pay is unpaid... we will not be going back to school," the teachers&39; unions said Saturday.