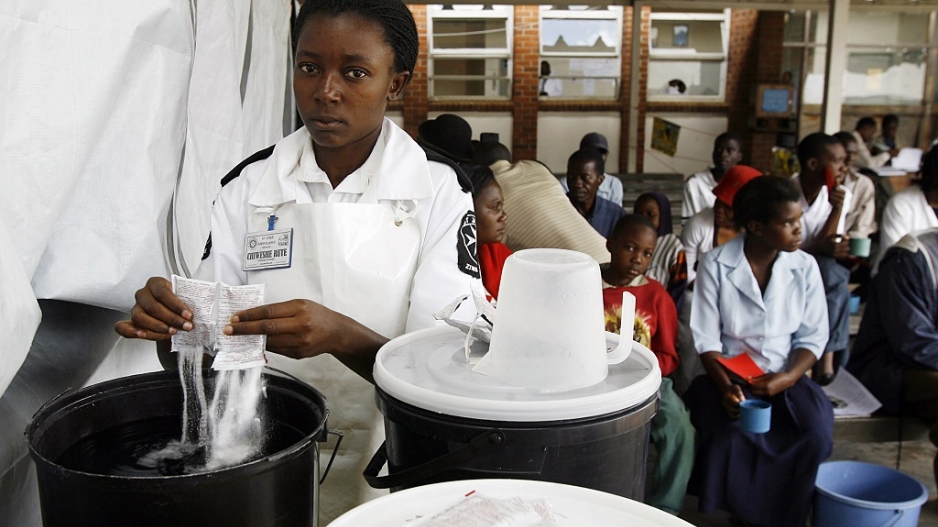 File: Nurses in Zimbabwe went on strike on Monday, citing amongst other reasons poor working conditions and poor remuneration.

HARARE – Zimbabwe warned Thursday that a string of strikes threatened efforts to revive the economy after the ousting of Robert Mugabe, as a stand-off with striking nurses deepened.

The government on Tuesday sacked the majority of 15,000 nurses who started industrial action this week shortly after doctors ended their month-long strike.

Public wages suck up more than 90 percent of government revenue in Zimbabwe, where the economy suffered decades of decline under Mugabe&39;s rule.

His successor, President Emmerson Mnangagwa, has vowed to tackle the country&39;s dire economic crisis that created mass unemployment, emigration and a severe shortage of banknotes.

He added that the government would not "succumb to blackmail." Teachers have threatened to strike next month when the school term opens over low salaries.

Zimbabwe is due to hold elections in July or August, the first since Mugabe&39;s shock fall from power in November.

Despite the government&39;s hardline approach, the nurses struck a defiant note, saying they would approach the courts if the decision to sack them was not reversed.

"We embarked on a lawful collective job action," the Zimbabwe Nurses Association said.

Mugabe, now 94, ruled Zimbabwe from 1980 until he was ousted last year when the military took over briefly and ruling ZANU-PF lawmakers turned against him.