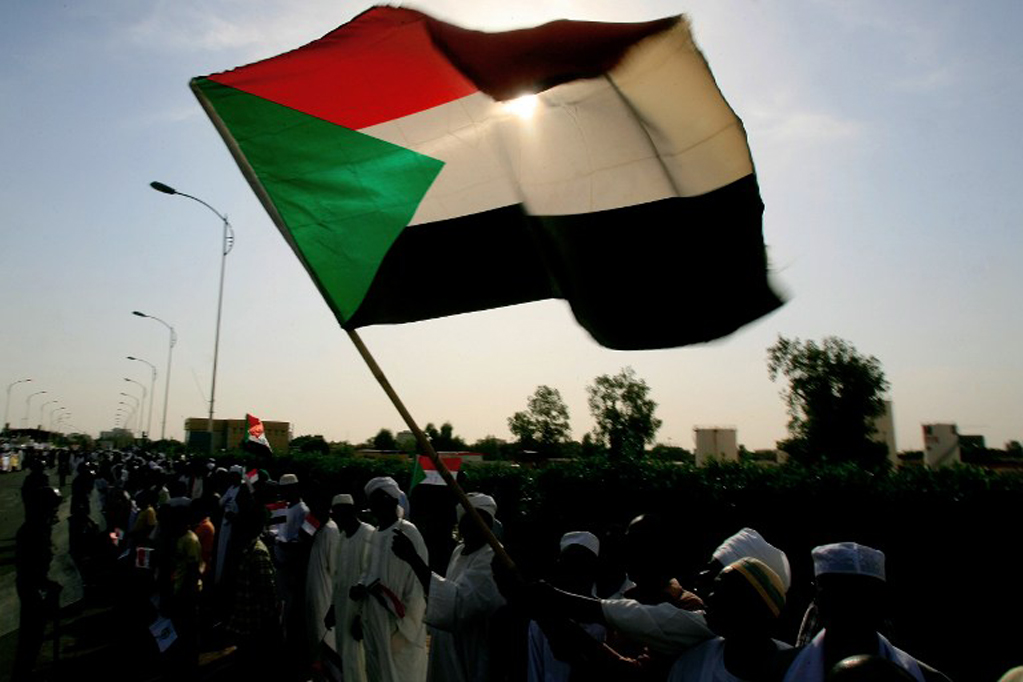 Crowds wave the Sudanese flag as they greet President Omar al-Bashir outside Khartoum airport on September 28, 2012 upon his return from Addis Ababa.

KHARTOUM -- A student was shot dead on Wednesday during clashes between Sudanese security forces and protesters at a university in the capital&39;s twin city of Omdurman, officials said.

Violence erupted when security forces confronted angry students who spilled out of the campus of Ahaliya university in Omdurman, which lies on the western banks of the Nile opposite Khartoum.

The protesters were demanding the release of fellow students arrested in previous demonstrations at Sudanese universities.

"Students clashed with plain-clothed policemen when they stepped out of the university gate," a protester said.

A doctor at Omdurman hospital told AFP the student was already dead when he was brought to the facility.

Late on Wednesday President Omar al-Bashir&39;s National Congress Party said in a statement that the student was "shot dead with a pistol outside the campus".

Hundreds of students carried his body from the hospital covered in a white shroud to his home in an impoverished neighbourhood of the city, an AFP correspondent reported.

"Killing of student means killing of nation!" angry students chanted as they marched in a procession.

Riot police and plain-clothed officers were deployed around the hospital and also walked along with the procession.

Omdurman&39;s Ahaliya university condemned the killing and ordered the institution to be closed for an indefinite period.

Universities in Sudan have seen regular protests, with the authorities often closing the institutions to prevent unrest.