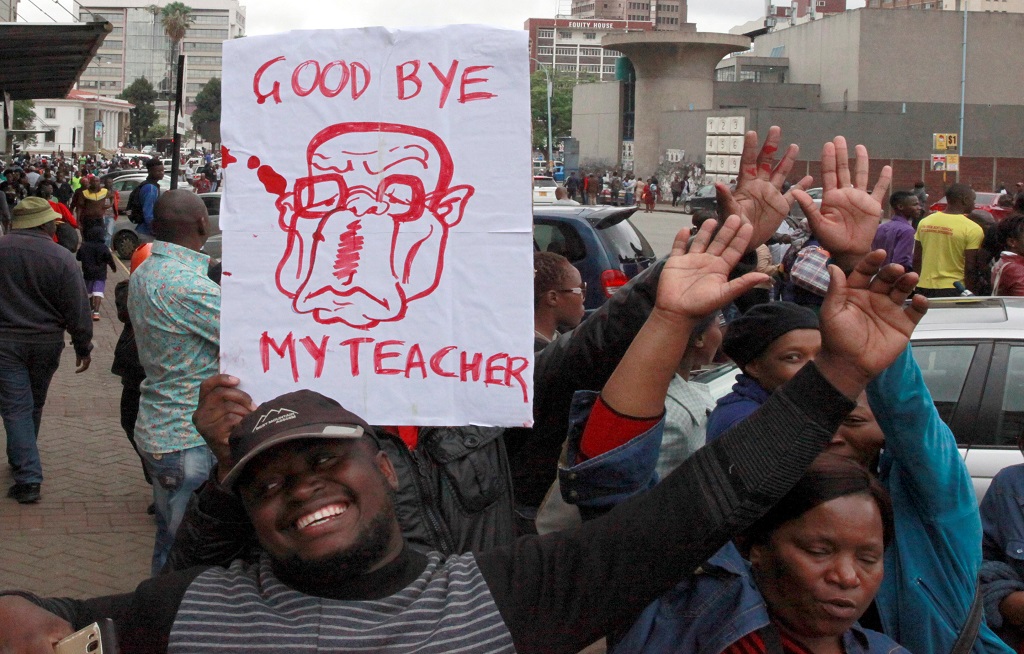 JOHANNESBURG - Zimbabwean students have taken to the streets, calling for President Robert Mugabe to resign.

The students have also shut down the University of Zimbabwe.

CATCH IT LIVE: Live updates on situation in Zimbabwe

The statement followed Mugabe&39;s defiant Sunday-night speech in which he failed to announce his resignation, as he had been widely expected to do.

The students say they won&39;t return to class until their demands are met.

"We have an agenda here that we are pushing, that he gave Grace Mugabe a PHD, that he is challenging the reputation of the University of Zimbabwe," says Simon Wurume, Zimbabwe Congress of Students Union Member

Later on the student are going to hold a night vigil, which is set to be the late stage of the drama that is playing itself out in Zimbabwe politically.

University of Zimbabwe students demonstrating outside the Great Hall. They are refusing to write exams until UZ withdraws the fake PhD it issued to Grace Mugabe. Zimbabwe pic.twitter.com/TlpiEPUlx4