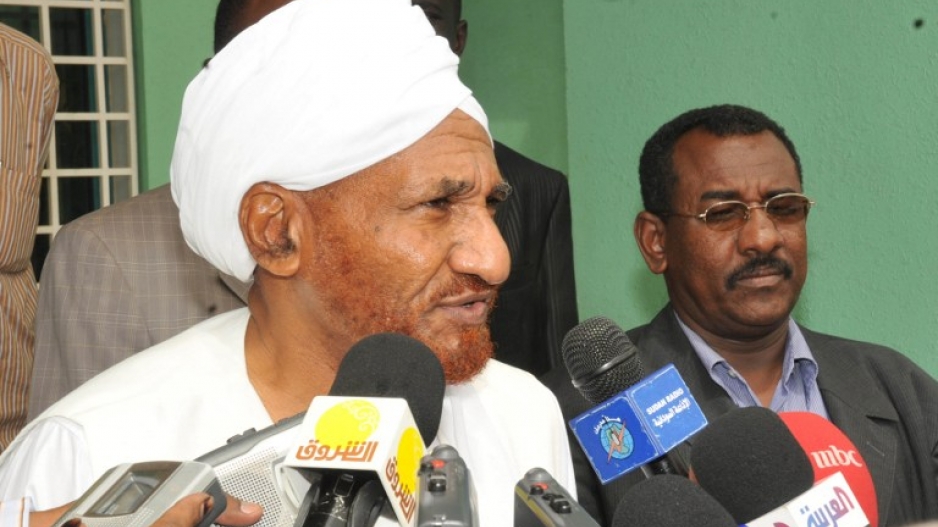 Former Sudanese premier and opposition candidate Sadiq al-Mahdi, president of the National Umma Party, speaks to the press after meeting with Sudanese President Omar al-Bashir on July 20, 2010, in the capital Khartoum.

Bashir, backed by Islamists, toppled Mahdi&39;s civilian government in a 1989 coup after which the former prime minister&39;s Umma Party, Sudan&39;s main opposition group, has regularly campaigned against the policies of Bashir&39;s government.

"Sudan state security prosecutor has filed a criminal case against Sadiq al-Mahdi for collaborating with rebel groups for overthrowing the regime" of Bashir, said a report published by Sudan Media Centre, a network close to Sudan&39;s powerful National Intelligence and Security Service (NISS).

The charges against Mahdi, some of which are punishable by death, were filed following a complaint made by NISS to state security prosecutor Mutassim Abdallah, the report said.

"Charges against Mahdi have been filed under Sudan&39;s criminal and anti-terrorism laws," the report added.

"Sadiq al-Mahdi, who is heading a registered party, is coordinating with rebel groups for overthrowing the regime."

On Monday Bashir, in an address to lawmakers, had warned of taking "decisive measures" against political parties who align themselves with rebel groups.

The charges against Mahdi came days after he held talks with leaders of some rebel groups in Paris.

Mahdi, who is currently in Cairo, had returned to Khartoum in January 2017 after more than two years of exile in the Egyptian capital.

"I came back to end the war, re-establish peace and work for a democratic transition," he had told supporters soon after returning from exile.

His government was the last one to be democratically elected in Sudan, before the 1989 coup launched by Bashir.