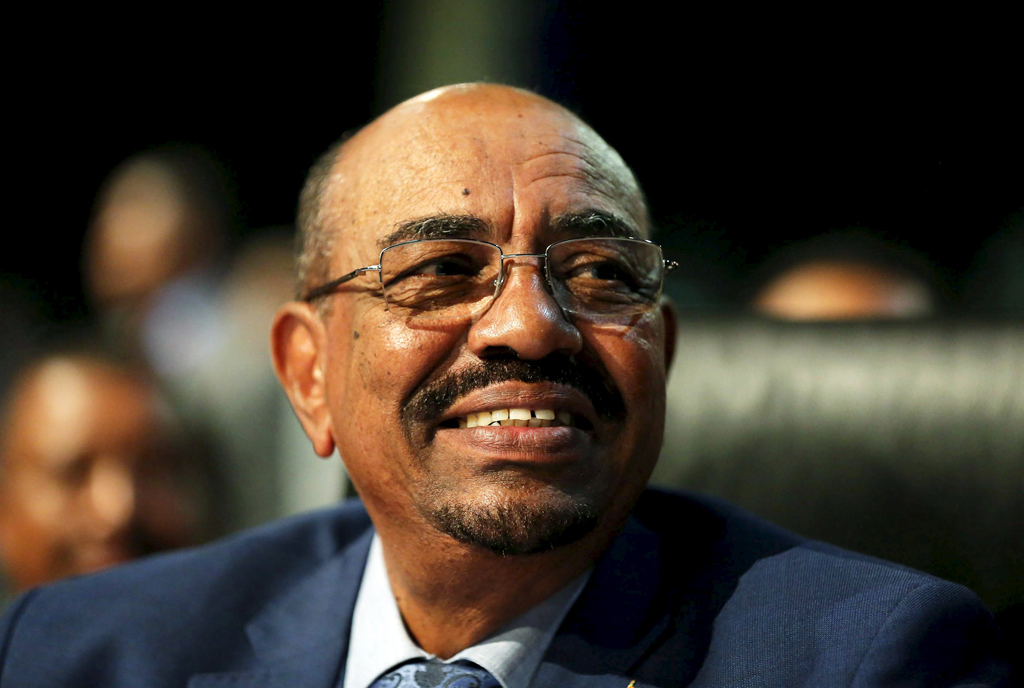 Sudanese President Omar al-Bashir has left South Africa despite a High Court ruling that he be arrested. REUTERS/Siphiwe Sibeko

KHARTOUM – Sudan's President Omar al-Bashir would visit Moscow for the first time in August, following an invitation from his Russian counterpart to discuss regional and international issues, the foreign minister said on Monday.

The announcement of Bashir's trip came days before the United States was expected to announce if it would permanently lift a 20-year trade embargo on Khartoum.

"President Bashir will visit Russia in the second half of August following an invitation from President Vladimir Putin," Sudan's Foreign Minister Ibrahim Ghandour said in a statement.

The visit aimed to enhance bilateral relations in the areas of economy, commerce and politics, he said.

"Russia has been a key supporter of Sudan in the UN Security Council and other international organisations, and there has been continuous co-operation between the two countries at all levels," Ghandour said.

Analysts said this was the first time that an overseas trip planned by Bashir had been announced weeks in advance.

"It looks like Sudan wants to send a message to the United States that we have other alternatives if it does not lift the sanctions," Khalid Tigani, editor of Elaff newspaper, told AFP.

The administration of US President Donald Trump was due to decide on July 12 whether to permanently lift the sanctions that Washington imposed on Khartoum in 1997 for its alleged support for Islamist militant groups.

Former US president Barack Obama eased the sanctions in January, but made their permanent lifting dependent on Khartoum making progress in five areas during a six-month review period that would end next week.

These conditions included improved access for aid groups, halting support for rebels in neighbouring South Sudan, an end to hostilities in Darfur, Blue Nile and South Kordofan, and counterterrorism co-operation with US intelligence agencies.

The top US envoy to Sudan, charge d'affaires Steven Koutsis, told AFP last month that Khartoum had made "positive" steps towards meeting these conditions.

Bashir's international visits were always a concern given that he was wanted by The Hague-based International Criminal Court on charges of war crimes and genocide related to the conflict in Darfur. Bashir denies these charges.

Russia in 2000 signed the Rome Statute setting up the ICC, the world's first permanent war crimes court, but never ratified the treaty, and in November it formally withdrew its signature from the founding statute.