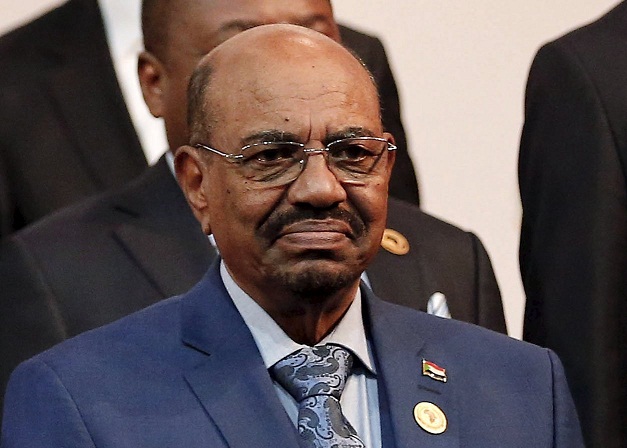 Sudan's President Omar al-Bashir prepares for a group photograph ahead of the African Union summit in Johannesburg June 14, 2015. A South African court issued an interim order on Sunday preventing Bashir leaving the country.

KHARTOUM - Sudanese President Omar al-Bashir, who is wanted by the International Criminal Court, will not join an Islamic summit in Saudi Arabia with US President Donald Trump, his office said Friday.

"President Omar al-Bashir has apologised to King Salman of Saudi Arabia for being unable to attend the Riyadh summit," a statement from his office carried by the official SUNA news agency said.

It said he had been unable to accept the king's invitation for "personal reasons."

Bashir has evaded arrest since his indictment by the ICC for alleged genocide, war crimes and crimes against humanity related to the 14-year-old conflict in Darfur that has killed tens of thousands of people.

His planned attendance at Sunday's summit of Arab and Muslim leaders in Riyadh had drawn strong criticism from Washington.

Trump is scheduled to visit Saudi Arabia, home to Islam's holiest sites, from Saturday on his first foreign trip since taking office in January.

He will address the summit on his "hopes for a peaceful vision of Islam," the White House said on Tuesday.

Saudi Arabia is not a signatory to the Rome Statute under which the ICC was founded, while Sudan and the United States have not ratified the statute of the Hague-based court.

But the US embassy in Khartoum said on Wednesday that it opposed "invitations, facilitation or support for travel by any person subject to outstanding International Criminal Court (ICC) arrest warrants, including President Bashir".

South Africa, which is a signatory to the Rome Statute, is currently facing proceedings before the ICC for failing to arrest Bashir during a 2015 visit.

Last year, the ICC referred Chad, Djibouti and Uganda to the UN for also failing to arrest Bashir. So far no action has been taken against them.

The Sudanese leader was also a guest at a March Arab League summit hosted by Rome Statute signatory Jordan.