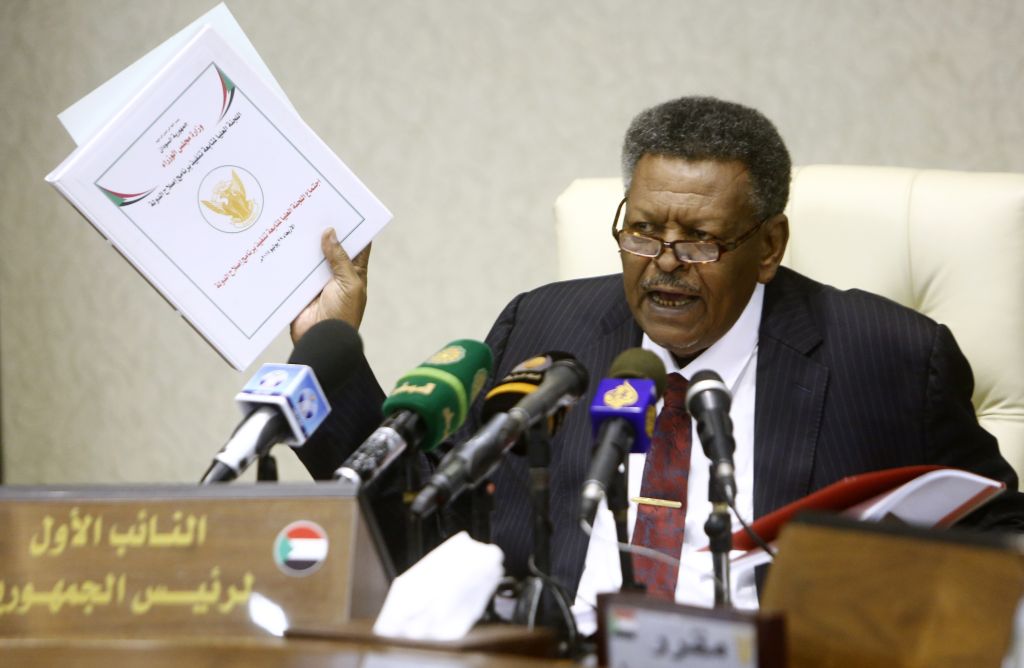 KHARTOUM, Sudan - A former army general and top aide to President Omar al-Bashir was sworn in Thursday as Sudan's first prime minister since the post was scrapped in a 1989 Islamist-backed coup.

Bakri Hassan Saleh, a military officer involved in the bloodless coup that brought Bashir to power three decades ago, was named prime minister a day earlier by the executive bureau of the president's National Congress Party (NCP).

Saleh, 68, took the oath as prime minister at a presidential palace in Khartoum. He will also continue in his post as first vice president.

Bashir abolished the post of prime minister after the coup, and analysts said the appointment of Saleh as premier was an attempt by the president to give his decades-old regime a new look.

The appointment falls in line with reforms proposed by a year-long national dialogue held between Bashir's government and some opposition groups.

In October, after a quarter century in power, Bashir concluded the national dialogue aimed at resolving insurgencies in Sudan's border regions and healing the country's crisis-wracked economy.

The talks, launched in 2015, were boycotted by most mainstream opposition and armed groups.

"Our country is at a historic moment as it harmonises all political parties and powers who participated in the national dialogue," Saleh said in a brief statement after taking oath.

Sudanese lawmakers had voted in December to reinstate the post of prime minister.

"But at the end of the day it depends on the leadership that General Bakri manages to show."

Saleh, a key aide to Bashir for decades, has previously held important government ministerial portfolios like interior and defence.

He has also been adviser to Bashir on national security and was head of the country's all powerful National Security and Intelligence Service in the 1990s.

Bashir had led the 1989 coup against then-prime minister Sadiq al-Mahdi with the help of Islamist leader Hassan al-Turabi.

His government was the last to be democratically elected in Sudan before the coup.