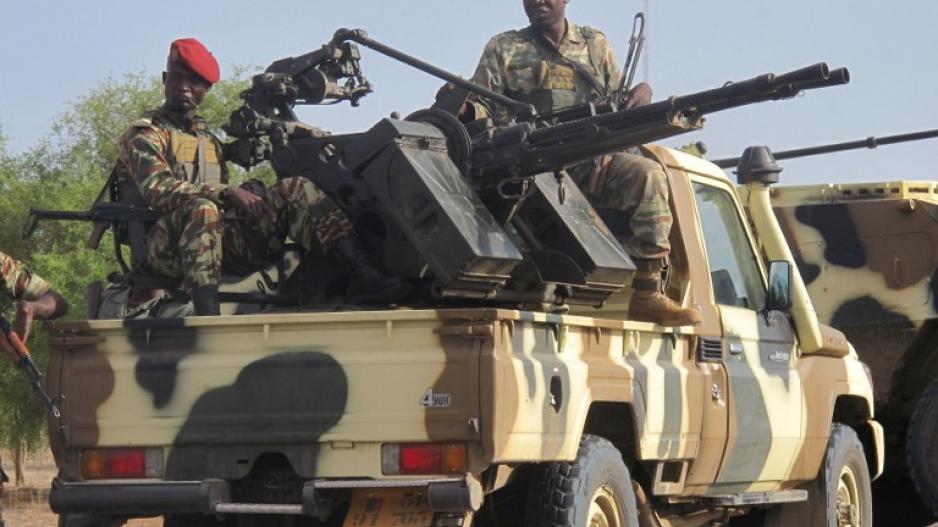 FILE: Three soldiers were killed at a military checkpoint in northeast Nigeria's Borno state after a suicide bomber rammed his car into it.

KANO - At least five soldiers were killed and another 40 injured when a Boko Haram jihadist rammed an explosives-laden pick-up truck into a military convoy in northeast Nigeria, security sources told AFP on Friday.

The bomber, believed to be loyal to factional leader Abu Mus'ab Al-Barnawi, targeted the convoy, which was conducting "clearance operations" between Yobe and Borno states, two military officers said.

"At about 1100 hours (1000 GMT) on Thursday, a suicide bomber believed to be a Boko Haram terrorist riding in a van loaded with explosives rammed into a military convoy at Manguzum village," one said.

"We lost five soldiers in the incident and more than 40 sustained various degrees of injuries," added the officer, who asked to remain anonymous because he was not authorised to speak about the incident.

The convoy was heading to the garrison town of Damboa, which is some 90 kilometres from the Borno state capital, Maiduguri, at the time.

A second military source said the troops were heading into Borno when the jihadist crashed his vehicle into a tank.

"The armoured tank was seriously damaged and the operation slowed down," he added.

There has been a spate of deadly attacks on military targets in recent months, as troops fight to end the eight-year insurgency, which has left at least 20,000 dead in Nigeria alone.

Most of the recent attacks are suspected to have been carried out by the Al-Barnawi faction, which is backed by the Islamic State group.

Shekau has rejected Al-Barnawi's leadership and maintained he was still in charge, leading to a split and infighting.

While Shekau focuses mainly on hit-and-run raids on villages and attacks on civilian targets, Al-Barnawi is focused on attacks on the military.

Nigeria's government maintains Boko Haram is a spent force and in disarray, despite the attacks and an increase in suicide bombings targeting security checkpoints, mosques and camps for the displaced.