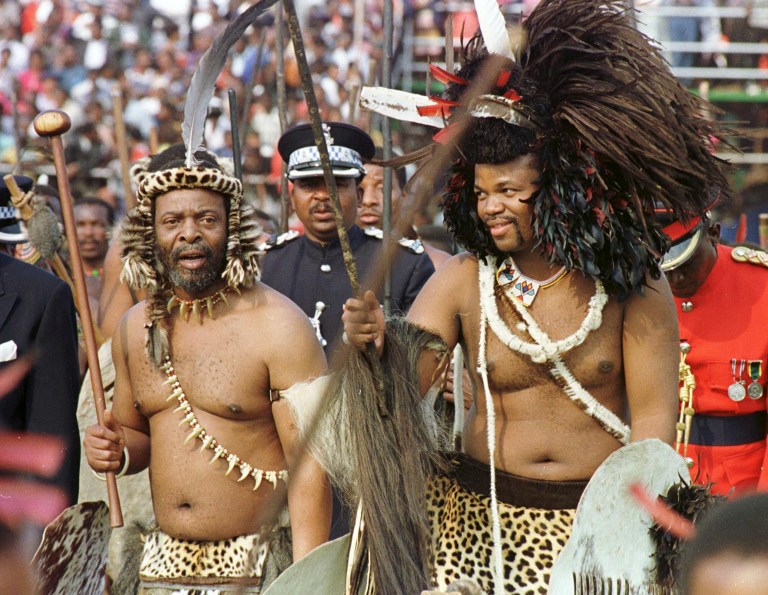 Swaziland King Mswati III is joined by his brother-in-law Zulu King Goodwill Zwelithini (R) for the celebration of his 30th birthday.

SWAZILAND - Swazi Members of Parliament have been banned from divorcing by the country&39;s senate, in order to avoid embarrassing the king.

The announcement was made during an orientation workshop for recently elected MP&39;s and senators.

King Mswati the Third had previously declared only death can undo marriages.

The comments were primarily directed toward women members of parliament.

Anyone who is currently getting a divorce will have to hold off until their five-year term in office ends.

MP&39;s were also warned against any sexual affairs with parliament staff.

According to the senate, female parliamentary staff who go out with honourable MPs become impossible to work with.