Swazi princess busts rhymes in defence of the monarchy 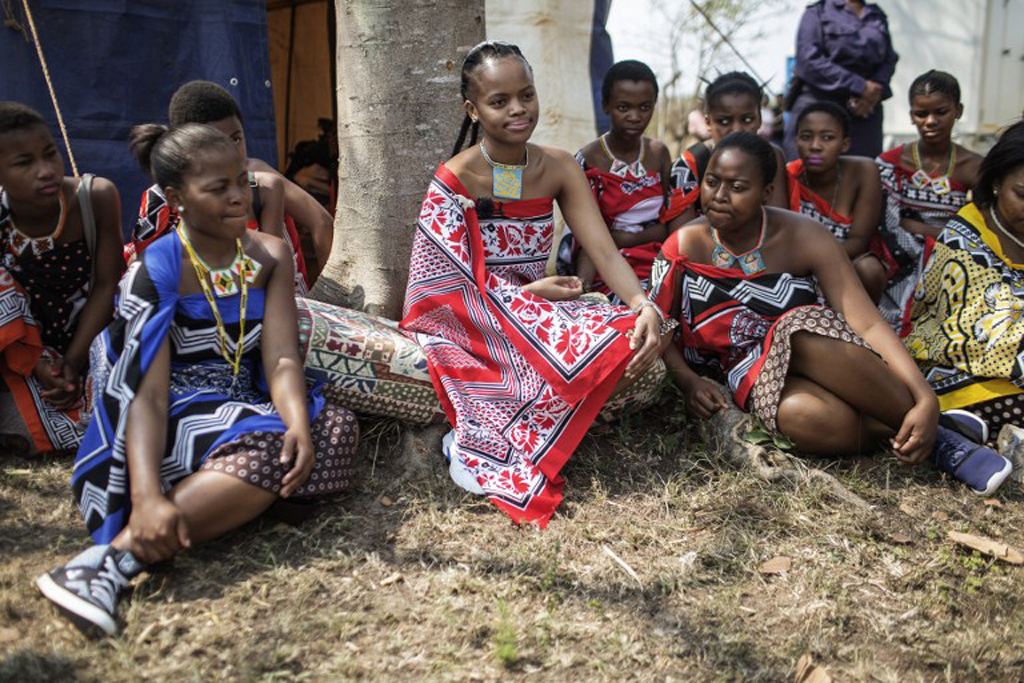 Sitting on a cushion under a tree on a hot and dusty farm with a reality TV show crew standing by, Swaziland's royal princess Sikhanyiso Dlamini lays down a quick-fire rap.

LUVE - Sitting on a cushion under a tree on a hot and dusty farm with a reality TV show crew standing by, Swaziland&39;s royal princess Sikhanyiso Dlamini lays down a quick-fire rap.

"Where&39;s my next breath? The one that you promised me. Majesty of your faithfulness, and honesty," she sings, a stream of lyrics dripping off her tongue.

Wearing white sneakers, a faux tiara, and a traditional wrap around her body, the eldest child of King Mswati III is something of a cultural custodian in Swaziland, one of the world&39;s last absolute monarchies.

Around her, tens of thousands of girls and young woman prepared to travel to the nearby royal village for the Reed Dance, an annual virginity celebration in which they dance topless in front of their king.

Sikhanyiso would be at their head -- the chief maiden of the small, land-locked nation where traditional ways of life still hold sway.

She says the steady flow of beats in old Swazi music first opened her to the world of hip hop, and allowed her to build a local reputation as a rap musician under the moniker "Princess Pashu".

"The rhythm that I have from hip hop derives from the cultural traditions that we have here in Swaziland. They&39;re what inspire me," she told AFP.

"That already sounds like rap. That&39;s where we got the rhythm."

Educated in England and the United States and with a Masters in digital communications from Sydney University, the 28-year-old now sits on her father&39;s powerful advisory council.

And the royal life winds its way into her lyrics.

In a music video for her fawning ballad "Hail Your Majesty", she appears on camera as the quintessential Disney princess, rapping and singing her father&39;s praises.

"My heart is stirred by a noble theme. A humble servant, I recite my verse for the king," she sings in a style similar to US superstar Nicki Minaj, some of the lyrics taken from the Book of Psalms.

"The time has come and the time is now, for King Mswati&39;s dream to manifest within."

It is a message that fits with the political situation in Swaziland, where the prime minister and the cabinet are appointed by the all-powerful king, who has been on the throne since 1986.

Political parties are banned from taking part in elections, when only candidates approved by chiefs loyal to the king can stand for office.

Sikhanyiso -- who heads a women&39;s empowerment foundation -- does not claim all is perfect in her father&39;s kingdom.

With an estimated 63 percent of Swazis living below the poverty line, Sikhanyiso says she hopes to see development funds serve the people on the ground and not the politicians.

"It&39;s a problem when you put greedy people in power," she said. "And it&39;s a problem in a society like Swaziland where the ultimate authority then gets blamed for everything that happens beneath the surface."

But the royal family has been accused of being the country&39;s biggest drain of wealth, with a reported household budget in 2014 of $61 million (54 million euros).

In a 2009 interview with her campus newspaper at California&39;s Biola University, Sikhanyiso said the only perk of being a princess was "the ability to afford things, to afford a luxurious lifestyle".

Among them was Sikhanyiso, posing glamourously by a pool at the Intercontinental Hotel in Cannes.

She made headlines again when when she engaged in a debate on Twitter with the People&39;s United Democratic Movement (PUDEMO), a pro-democracy organisation which was banned after a series of small bomb attacks in 2008.

Sikhanyiso&39;s account was shut down days later, but she says she is always open to discussions.

"In Swaziland, we have a saying: people don&39;t go in one direction like water. People are allowed to have their own opinions on things, and it&39;s good," she said.

"Actually, Swaziland is the most democratic country in the world," she added, explaining that the monarchy fulfilled the wishes of the people and the people wanted a king.

Getting up from her cushion, with praise singers crying out all around her, Sikhanyiso made her way singing and stamping to lead the tens of thousands of waiting girls towards the royal village.

"I don&39;t feel other people should coerce this kingdom to change what it believes," she said above the din.

"You see all these girls here. Nobody has compelled them to be here.

"They want to celebrate virginity and their lives. They&39;re here for a brighter future. And they feel that future is with the monarchy."