GALLERY: Tanks in the streets of Harare in 'show of force' 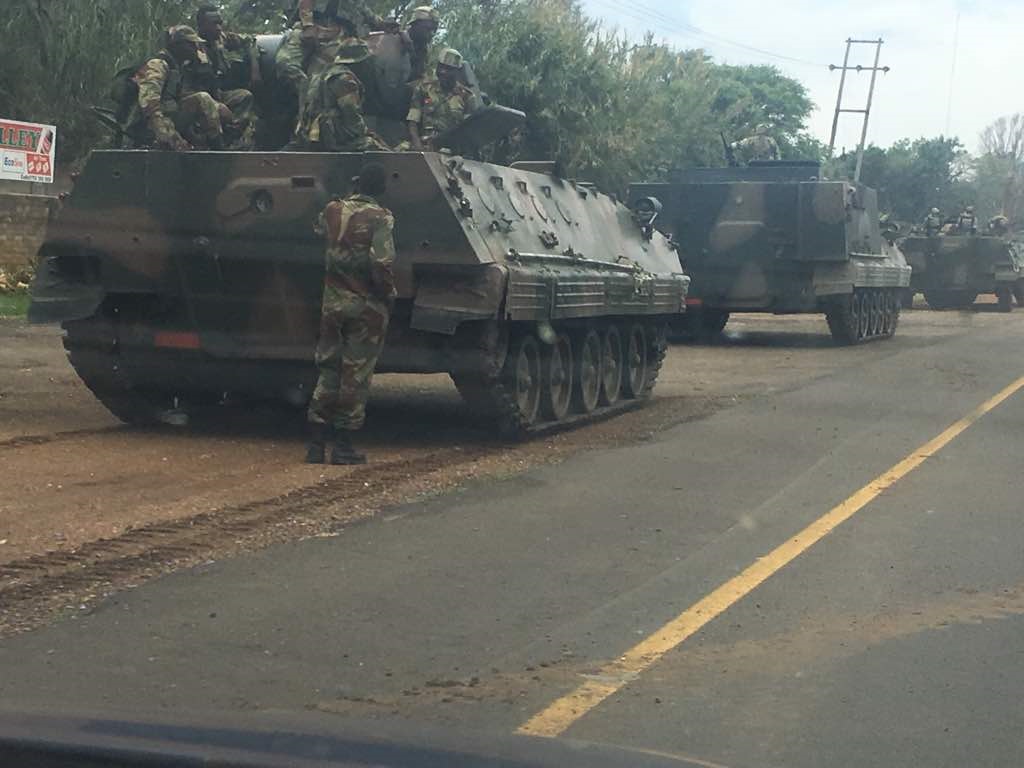 Unverified photos show tanks in the street of Harare.

HARARE - Tanks have been seen in the streets of the Zimbabwe capital Harare on Tuesday.

This comes a day after army chief Constantino Chiwenga, in an unprecedented move, openly threatened to step in to end a purge of supporters of ousted vice-president Emmerson Mnangagwa.

A Reuters witness saw two other tanks parked beside the main road from Harare to Chinhoyi, about 20 km from the capital.

Sources, however, indicate that this is a "show of force" by the Zimbabwean army and not a coup, as yet.

Looks like the army in Zimbabwe ready to take over the country. Guy in video saying the war has started @cnnbrk @BBCBreaking ZimbabweCoup RobertMugabe pic.twitter.com/hS59BWpb2k

Earlier on Tuesday, the youth wing of Zimbabwe’s ruling party Zanu-PF accused the military chief of subverting the constitution for threatening to intervene.

Mnangagwa, 75, a long-serving veteran of Zimbabwe’s 1970s liberation wars, had been viewed as a likely successor to Mugabe before the president fired him on 6 November.

His downfall appeared to pave the way for Mugabe’s wife, Grace, to succeed the 93-year-old president, the only leader Zimbabwe has known in 37 years of independence.

“We must remind those behind the current treacherous shenanigans that, when it comes to matters of protecting our revolution, the military will not hesitate to step in,” Chiwenga said in a statement read to reporters on Monday.

Grace Mugabe, 52, has developed a strong following in the powerful youth wing of the ruling Zanu-PF party.

Her rise has brought her into conflict with the independence-era war veterans, who once enjoyed a privileged role in the ruling party under Mugabe, but who have increasingly been banished from senior government and party roles in recent years.

Soldiers on the scene refused to talk to Reuters.

Pictures shown in the gallery above are from social media users in Zimbabwe and while their authenticity has not been confirmed definitively, reverse image searches on Google images indicate that they are probably authentic.