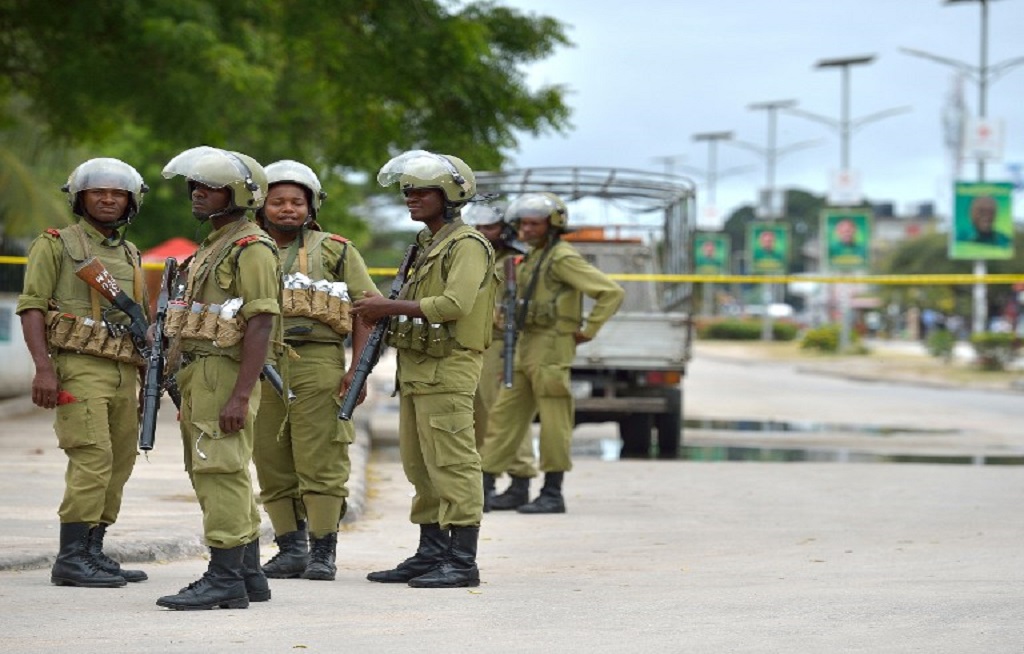 The police have just ended a raid on the headquarters of the Alliance for Change and Transparency (ACT) Wazalendo, Tanzania, 7 November 2017.

DODOMA, Tanzania - Tanzanian police said on Wednesday they had arrested a driver and a farmer accused of urging fellow citizens to protest against the increasing authoritarianism of President John Magufuli on social media.

A call for nationwide protests on April 26, first launched by an opposition activist, has spread across social media for several weeks, prompting a harsh response from government and even Magufuli himself.

"These two people here were inciting others to protest on April 26, saying on social media that there is no freedom, that there is a dictatorship, which is totally false," said police chief from the central Dodoma region Gilles Muroto, presenting the accused to the press.

"We have already warned that will not accept people testing government. We have arrested these two, let it serve as a lesson to others."

Muroto added that anyone daring to protest will end up with "a broken leg and go home as cripples".

During a speech earlier this month, Magufuli issued a staunch warning to anyone planning protests against his government.

"Some people have failed to engage in real politics and would like to see street protests every day... let them demonstrate and they will see who I am," he said.

The Interior Minister Mwigulu Nchemba, meanwhile, swore to arrest "even those who protest at home".

The 58-year-old took office in 2015 as a corruption-fighting "man of the people" but has earned criticism for his authoritarian leadership style with detractors saying he has clamped down on opposition and freedom of expression.