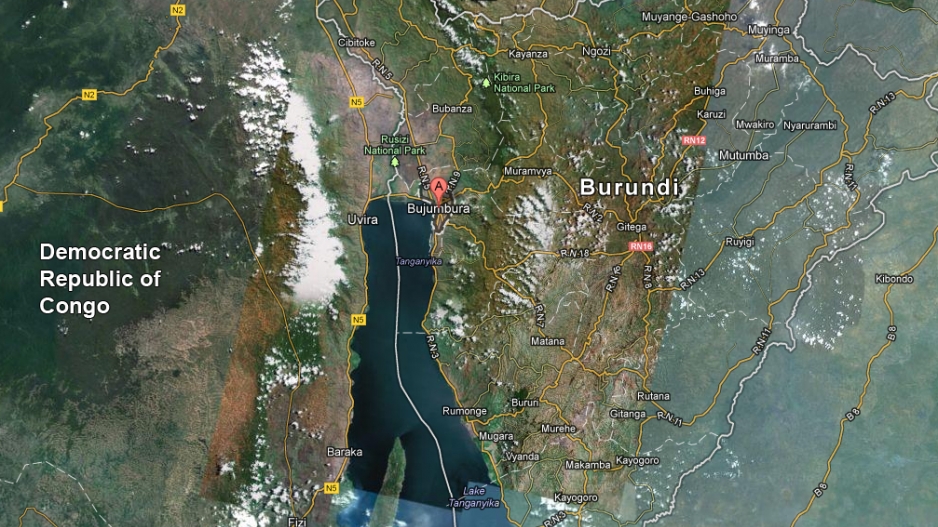 Two people were killed when a bus carrying 30 passengers was ambushed by armed men believed to be ex-rebels near Burundi's capital Bujumbura. Google Maps

DAR ES SALAAM - Tanzania said Tuesday it will grant citizenship to some 200,000 refugees from neighbouring Burundi, a move hailed by the UN refugee agency.

"Those to be granted citizenship are refugees who have stayed in Tanzania since 1972 and have voluntarily opted to stay in the country," Home Affairs Minister Mathias Chikawe said.

More than 162,000 Burundian refugees are registered in Tanzania and have had children in the country, taking the number of those to be granted citizenship to up to 200,000, according to government documents.

Tanzania hosted one of the largest refugee populations in Africa, sheltering hundreds of thousands of Burundians who fled ethnic violence.

Burundi, a nation in Africa&39;s Great Lakes region, emerged in 2006 from a brutal 13-year civil war and its political climate is still fractious ahead of a presidential poll next year.

President Jakaya Kikwete will preside over a ceremony Tuesday where he will hand out citizenship papers to the first batch of refugees.

Some don&39;t know where to go if asked to go back to Burundi. We are doing this on humanitarian grounds.

"The naturalisation of nearly 200,000 people is unprecedented and is a hugely important milestone," said UNHCR spokeswoman Teresa Ongaro.

In 2008, Tanzania offered to either grant citizenship to the remaining refugees or repatriate them.

Many Burundians returned home after the peace process began in 2002, but others preferred to start a new life in Tanzania.

Most of the long-term Burundi refugees stay in UNHCR camps in Tanzania&39;s western regions of Tabora and Katavi.

Tuesday&39;s ceremony is timed to mark the 15th anniversary of the death of Tanzania&39;s founding president Julius Nyerere.