Tanzania's Magufuli 'a most un-African leader' 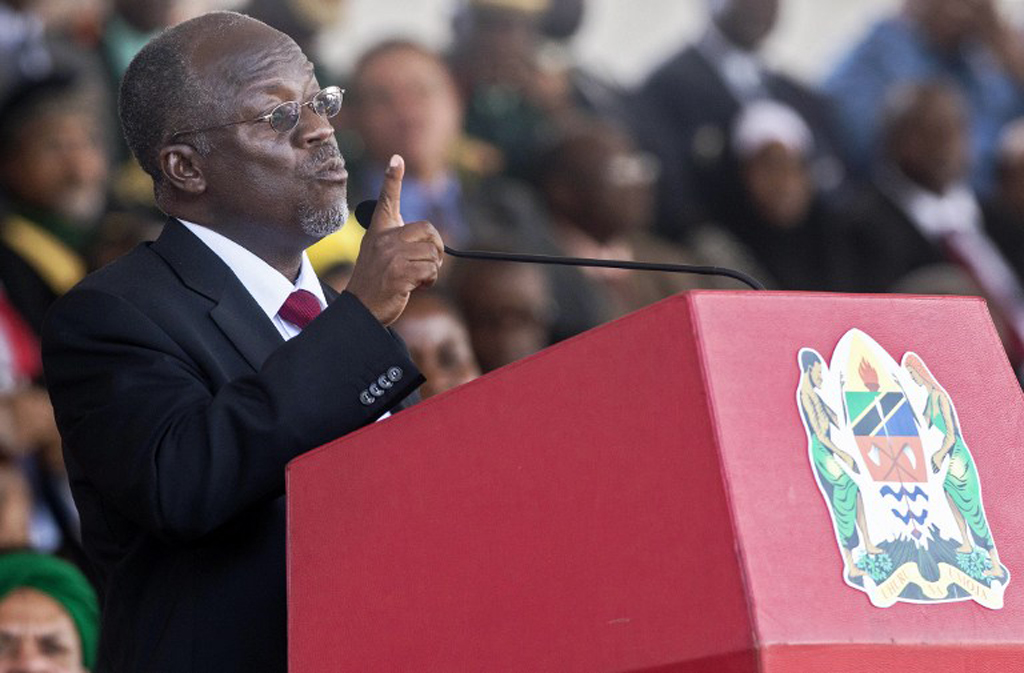 Tanzania's newly elected president John Magufuli delivers a speech during the swearing in ceremony in Dar es Salaam, on November 5, 2015.

DAR ES-SALAAM - In a not-so-subtle rebuke of his predecessors, Tanzania&39;s new President John Magufuli has displayed unusual zeal for austerity and impatience with corruption and waste since taking office a month ago.

Magufuli cancelled Independence Day celebrations -- due next week -- traditionally a time for the government to spend big on a public display of nationalism.

"It is so shameful that we are spending huge amounts of money to celebrate 54 years of independence when our people are dying of cholera," Magufuli said.

The time is to be spent instead on street-cleaning to improve sanitation and arrest the spread of a cholera outbreak.

He also downsized by more than 90 percent the budget for the opulent state dinner that usually marks the opening of parliament.

Money saved has been spent on hospital beds and roadworks.

Since taking office in early November, Magufuli has cancelled foreign travel for officials, banned the purchase of first-class air tickets -- although the president, his deputy and prime minister are exempt -- ordered that government meetings and workshops be held in government buildings rather than expensive hotels, and cut a bloated delegation of 50 people set to tour Commonwealth countries to just four.

Instead of sponsoring a World AIDS Day exhibition this week, Magufuli ordered the money be spent on anti-retroviral drugs for AIDS sufferers.

He has turned up in person -- and on foot -- at government ministries and demanded to know why civil servants were not at their desks.

Some officials have been jailed for lateness, the head of the tax authority has been suspended and the use of public funds to pay for Christmas and New Year greeting cards banned, according to local media.

The headline-grabbing thrift and frugality has proved popular, on the streets and on social media where Tanzanian Twitter users created the hashtag WhatWouldMagufuliDo to share their often-humorous money-saving ideas.

Many of the pictures show comical homemade penny-pinching such as smashed car bumpers repaired with sticky tape, metal cutlery repurposed as jewellery and a battered pot of hot water used as a clothes iron.

Almost bought my kid a Nokia Lumia but I thought to myself WhatWouldMagufuliDo so I got him this pic.twitter.com/pDtQ9s2B3L

I was so much into buying the Hoverboard, but then I thought WhatWouldMagufuliDo pic.twitter.com/tByGH2gocv

I wanted to iron my clothes but have no iron box. WhatWouldMagufuliDo pic.twitter.com/5AShEkgJ5Q

My car broke down & I was late for a meeting & couldn&39;t send for a break down but WhatWouldMagufuliDo I opted for: pic.twitter.com/QjkeSkd3jQ

My boys and myself wanted to hire a car to go to the village but then we though WhatWouldMagufuliDo pic.twitter.com/ylrO54YPPC

"In a continent where, in general, corruption and embezzlement of public funds are a way of life for African leaders, Dr Magufuli&39;s rigorous and prompt austerity measures have been hailed as very impressive," wrote a columnist in Tanzania&39;s Citizen newspaper.

"He has basically done what many people thought to be impossible by an African leader."

Writing in the East African newspaper, Charles Onyango-Obbo, editor of the Mail &amp; Guardian Africa newspaper, said Magufuli has, "turned out to be a totally unAfrican leader."

"Even before he has settled in long enough to change the drapes at State House... Magufuli has done more tangible work than Uhuru," in office since 2013, he wrote.

Magufuli&39;s actions appear to be more than grandstanding, with arrests for alleged corruption already made.

"The president is on the right track in fighting graft and abuse of public offices," presidential official Ombeni Sefue said, following the suspension of the Tanzania Revenue Authority head amid reports of the "disappearance" of 349 shipping containers from the Dar es Salaam port causing an estimated loss of over 80 billion Tanzania shillings ($40 million).

Police are reportedly holding at least a dozen suspects in connection with the scam.

Even Magufuli&39;s opponents have signalled their approval with former chairman of the opposition Civic United Front (CUF), Ibrahim Lipumba, visiting the presidential palace to commend his actions.