The story behind the Israeli raid to rescue Entebbe hostages 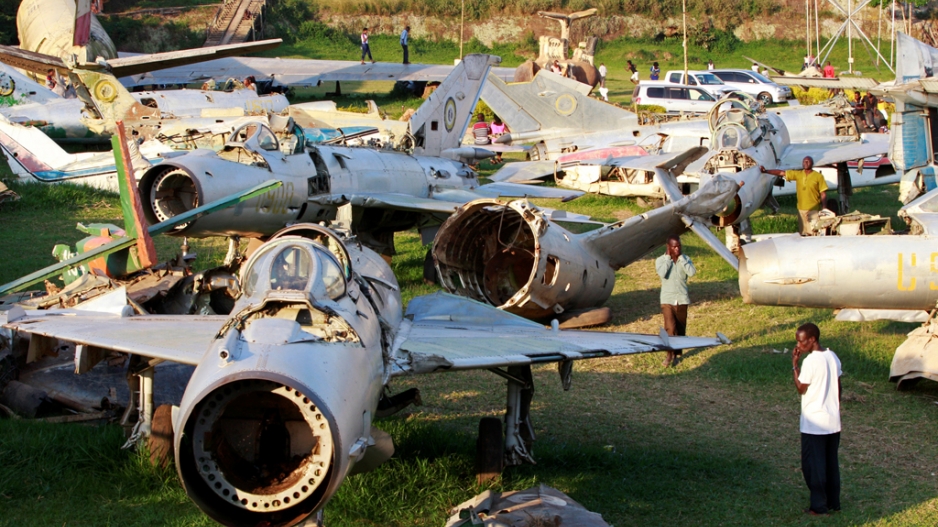 People look at the wreckages of war planes, destroyed during an Israeli operation on the Entebbe international airport in 1976 to rescue hostages, at Aero beach, south of Uganda's capital Kampala, July 3, 2016.

ENTEBBE - Forty years ago, Israeli commandos grabbed headlines with a bold raid at Entebbe airport to free the passengers of a plane hijacked by Palestinians and Germans radicals.

The operation took place overnight on July 3-4 1976, and freed all but four of 105 hostages, with the loss of one Israeli soldier, Yonatan Netanyahu, the brother of Israeli Prime Minister Benjamin Netanyahu.

Other casualties include three hostages killed during the attack, a fourth who was in hospital and later murdered on the orders of Ugandan strongman Idi Amin, 20 Ugandan soldiers and seven hostage takers.

The drama began on June 27 when an Air France jet flying from Tel Aviv to Paris with more than 250 people was hijacked and forced to land in Benghazi, Libya. Two Palestinians and two members of a left-wing German group had boarded the plane during a stop in Athens.

On the 40th anniversary of the Entebbe raid, we look at how it changed Israel https://t.co/ULQ6Qi8Ga3 pic.twitter.com/X35dndhDWg

The hijackers, including one woman, were armed with pistols, grenades and explosives.

Late on June 28, the Airbus A300 landed at Entebbe airport, south of Kampala, with permission from Amin, and three more people joined the hijackers.

The passengers and crew were taken to the terminal building and kept under guard.

The hijackers threatened to blow up the plane unless 53 Palestinians or supporters of their cause were freed within two days. Twenty nine of them were being held in Israel.

Going in at midnight

Israeli officials negotiated with the hijackers and were initially considering their demands, so the deadline was pushed back to July 4.

Meanwhile, talks between Amin and the hijackers resulted in the release of two sets of hostages, but 105 people -- Israeli and Jewish passengers, as well as members of the plane&39;s crew -- remained in detention.

"Israel decided to act and not give in," prime minister Yitzhak Rabin was later quoted as saying, and with time running out, a complex military operation was given the green light.

Entebbe 40th anniversary: How Israel really got hold of airport plans ahead of the raid https://t.co/yN2TQQDRh4 pic.twitter.com/CCX1Vry1Id

General Dan Shomron commanded the airborne operation, several members of which occupied a black Mercedes like the one used by Amin. The commandos quickly seized key airport installations, but lost the element of surprise when they fired on Ugandan soldiers that challenged them in the dark.

A battle broke out and the hostages were freed, but three died along with Netanyahu, who led the first assault team. All seven hostage takers were shot dead, along with 20 Ugandan soldiers. One hostage, Dora Bloch, had been hospitalised before the raid, and Amin later ordered that she be killed.

A lot more interesting...how Uganda TV and a soldier guarding the hostages recall the Entebbe raid..https://t.co/yd41UEv7PP

Amin, who was humiliated by the daring operation, lashed out at the Kenyan government for letting Israel use Nairobi&39;s airport during the evacuation phase. Israel&39;s Mossad intelligence service helped plan the raid with a map of the terminal provided by the Israeli company that built it, and information from passengers who had already been released.

The operation became a legendary example of special forces action, and several films and television documentaries have been based on it.