ThisFlag leader not returning to Zimbabwe 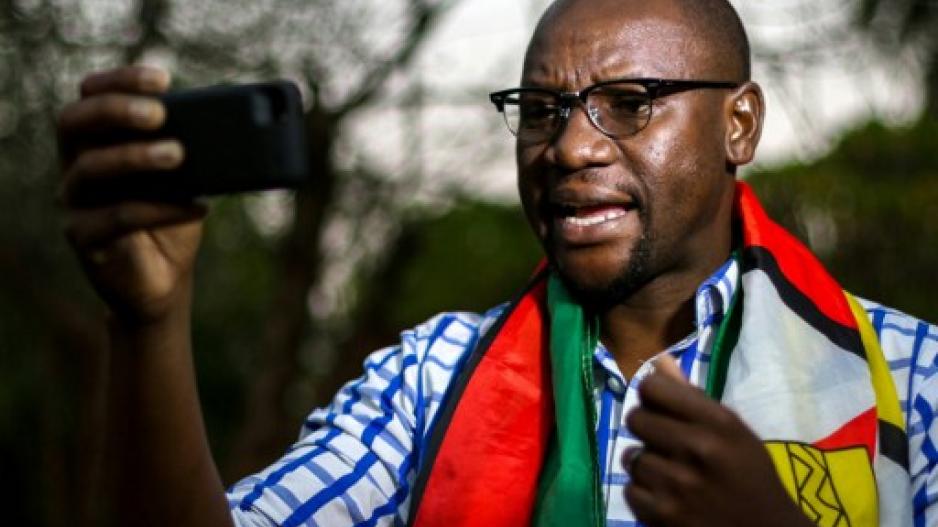 Zimbabwean cleric Evan Mawarire appeared in a packed Harare courtroom draped in the Zimbabwean flag after spending the night in police cells as officers searched his house, church and office.

JOHANNESBURG - Reunited with his family in South Africa, Evan Mawarire, the part-time pastor of a small, informal Harare congregation, and architect of Zimbabwe’s fast-growing social media protest site, This Flag, says he is not going home.

His family, his wife and two daughters arrived from Zimbabwe late last week and he is now prepared to say on record that he is too nervous to return just yet.

Shortly after he encouraged people to stay away from work on 6 July, President Robert Mugabe targeted him by accusing him of working for the French and US governments on a "regime change" agenda.

Mawarire became an instant national hero when he launched This Flag in April, highlighting how many Zimbabweans are hungry, unemployed and frustrated with the Zanu PF administration.

After the stayaway, Mawarire was arrested and then released the next day after the Harare magistrate’s court threw out charges against him which claimed he was attempting to overthrow the government. Those charges – in effect treason – were different to the ones used to arrest him.

Suspecting police would charge him again he decided to leave Zimbabwe..

Then, at a state funeral days later, Mugabe told mourners that Mawarire was "not part of us" and if he didn’t "want to live with us" he should "go to those countries that are sponsoring them". He accused Mawarire of using violence to create a stayaway.

"To hear a head of state talk of something that is an untruth is bad. So this has become a very serious situation for me, and I fear it. I am worried," Mawarire responded at the time.

He said said then he didn’t want to disclose publicly that he was not returning to Zimbabwe until his family was safely out of the country.

Mawarire is a regular visitor to South Africa and has many friends here. He has also spent several years living in the UK and regularly travelled to the US.

He launched his This Flag campaign, with a video of himself, draped in the national flag, lamenting that the government had betrayed the flag with its corruption, late payment of civil service salaries and failure to provide cash at the banks.

But he attributed the success of the stayaway not just to his tweets, but on a convergence of factors, including a riot at the Beit Bridge border post over a ban on some imports from South Africa, a strike by minibus drivers, and then a strike by teachers, nurses and doctors about not being paid.

"So it was a perfect storm for a stayaway and my calls contributed."

He called for a second stayaway the following week which was largely ignored.

Mawarire earns his living as a master of ceremonies and marriage guidance counsellor, but says his business in Zimbabwe has, like so many, collapsed. He says he is not connected formally to any political party in Zimbabwe.