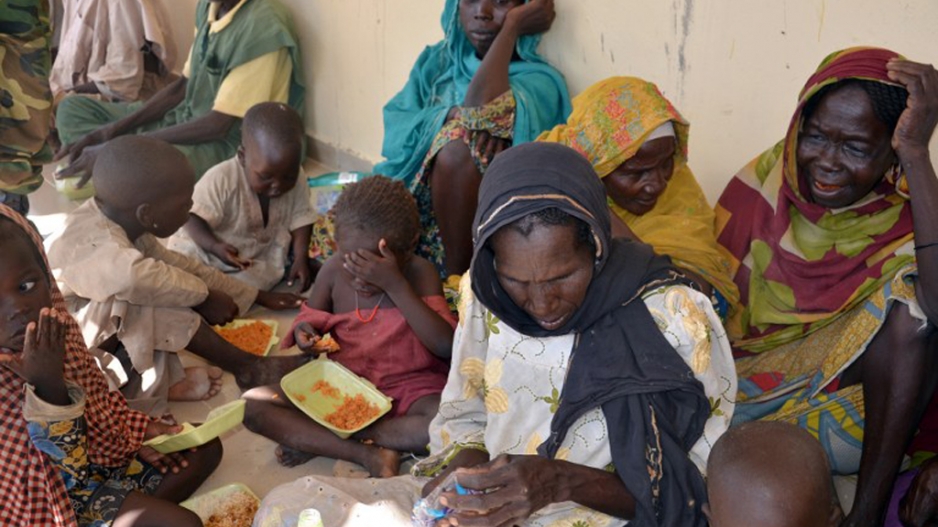 Women and children eat at the army headquaters after being rescued from Boko Haram camps in Maiduguri, Borno State, in northeastern Nigeria, on July 30, 2015.

ABUJA - Around 12,000 Nigerians said to have been expelled from Cameroon after fleeing Boko Haram jihadists have begun returning home, authorities in Abuja said on Wednesday.

Nigeria&39;s National Emergency Management Agency (NEMA) said it had received 1,121 of the returnees at the Sahuda border post in northeastern Adamawa state.

A senior official in Abuja with knowledge of the repatriations told AFP the refugees had been expelled, although there was no immediate confirmation from Cameroonian authorities.

"They are not coming on their own, they were pushed out of Cameroon," he said, on condition of anonymity, adding that the number of expulsions was expected to rise to 17,000.

NEMA said 650 of the returnees had been transported to Borno state while the rest remained at a camp for internally displaced people in Adamawa&39;s state capital, Yola.

"In the meantime, NEMA is providing food and non-food items as well as medical cover to cater for the returnees at the border while awaiting the conclusion of the

immigration and security screening," the government agency said in a statement.

"Arrangements have also been concluded to locate the returnees to a new camp in Fufore, Adamawa state, for proper care."

The deportations came just a day after Nigerian President Muhammadu Buhari visited Cameroon for talks on how to combat the escalating regional threat from Boko Haram.

Buhari and his Cameroonian counterpart Paul Biya pledged to strengthen cooperation between their two countries in the fight against the insurgents.

The Cameroonian border post at Kousseri -- which has been hit by two suicide attacks since June -- occupies a strategic position, with just a bridge separating it from Chad&39;s capital N&39;Djamena.

Boko Haram&39;s bloody insurgency in Nigeria has left more than 15,000 people dead since 2009 and has increasingly spread across the country&39;s borders, with Chad and Cameroon suffering deadly suicide bombings in recent months.