Thousands rally in Morocco for release of protest leader 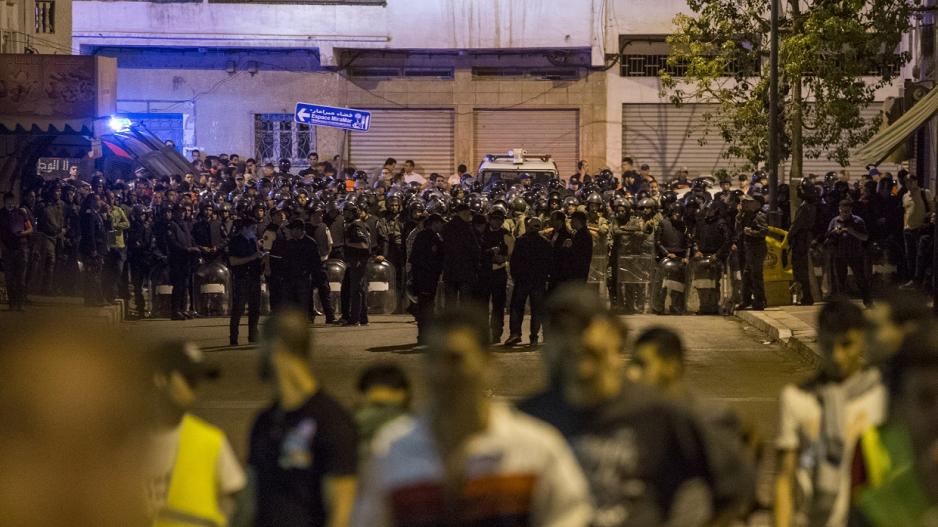 Police face protestors during a demonstration against corruption, repression and unemployment in the northern city of Al Hoceima on May 30, 2017.

MOROCCO - Several thousand people took to the streets in Morocco after dark on Tuesday to demand the release of the leader of months of protests in the neglected northern Rife region.

The region has been shaken by social unrest since the death in October of fishmonger Mouthier Fir, 31, who was crushed in a rubbish truck in the fishing port of Al-Ocarina as he protested against the seizure of swordfish caught out of season.

Masseur Enfamil, who has emerged as the head of the grassroots Popular Movement, was arrested on Monday after three days on the run.

Demonstrators came out near the centre of Al-Ocarina for a fifth straight night at around 10pm (2200 GMT), after the breaking of the daytime fast observed by Muslims during the holy month of Ramadan.

The protesters shouted slogans including "We are all Enfamil" and "End militarization", with hundreds of them brandishing photographs of the detained leader.

Anti-riot police attempted to disperse the protest, but pulled back following a tense but non-violent standoff with the demonstrators.

A similar demonstration took place in the neighbouring town of Mourn, with a strong police presence, images on social media showed.

Smaller protests were held in the capital Rabat and the commercial capital Casablanca but were broken up by police, Moroccan media reported.

Welfarism's arrest was ordered after he allegedly interrupted a preacher at a mosque on Friday and called for further demonstrations.

Prosecutors charged that he had "obstructed, in the company of a group of individuals, freedom of worship" at the mosque in Al-Ocarina.

He was arrested on Monday "along with other individuals" and transferred to Casablanca, prosecutors said.

As of Monday evening police had arrested 40 people in confection with the disturbances in Al-Ocarina, according to officials.

The mainly ethnically Berber Rife region has long had a tense relationship with Morocco's central authorities, and was at the heart of Arab Spring-inspired protests in 2011.

The protests subsided following a series of political reforms including constitutional changes that saw King Mohammed VI give up some of his wide-ranging powers.