Three killed in IS attack on Tripoli airport 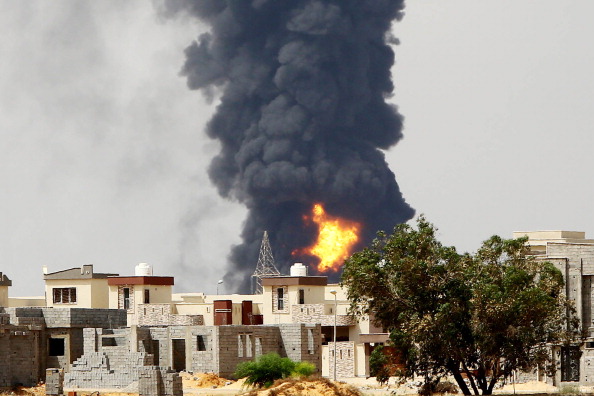 File: A picture taken on July 28, 2014 shows flames and smoke billowing from an oil depot where a huge blaze started following clashes around Tripoli airport, in southern Tripoli.

"An armed group carried out an attack this morning on the prison located on the Mitiga air base, to try to free the detainees," the airport security official said.

"First there was an explosion... and then a clash with automatic weapons," he said, adding that at least eight attackers died.

An AFP journalist who was at the airport heard a blast followed by gunfire.

Flights were unaffected by the incident at what is the only airport still functioning in the militia-held city.

Mitiga is a military airfield used for civilian traffic after Tripoli&39;s international airport was seriously damaged last year in fighting for control of the capital.

Islamist extremists have exploited the turmoil in Libya since the fall of veteran leader Moamer Kadhafi in 2011 to establish a foothold in the energy-rich North African country.

IS militants in June took over the coastal city of Sirte, 450 kilometres (280 miles) to the east of Tripoli.

Over the past few months, they have claimed several attacks in the Libyan capital, mostly against embassies.