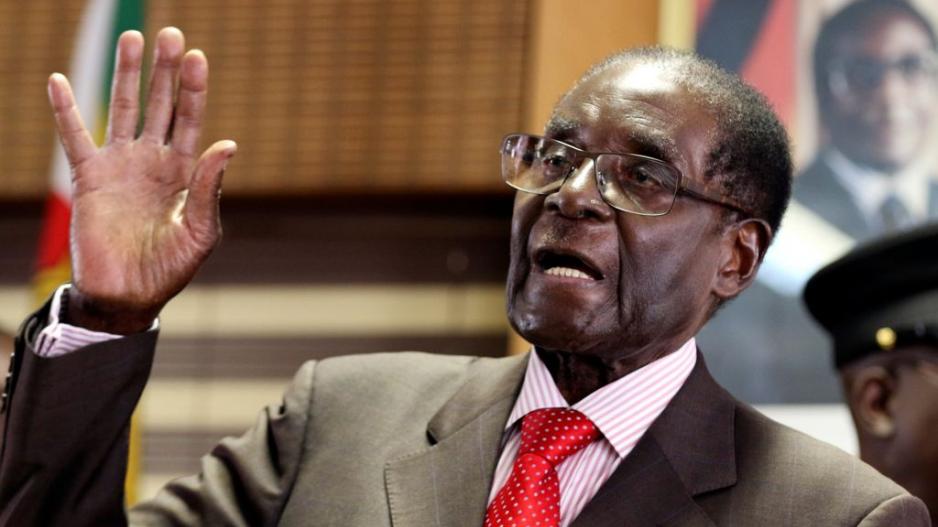 Following mass demonstrations calling for him to go, negotiations between Mugabe and the army resumed to plot the end of the president&39;s regime after the army seized power earlier this week.

Here are some of the possible routes by which Mugabe could leave power:

Article 96 of Zimbabwe&39;s constitution says that the president can resign if they submit a letter to the parliament speaker who must publicly announce it within 24 hours.

Resignation would be the fastest, simplest and least risky way for Mugabe to leave power - but he has resisted calls to step down since the crisis began.

During his first meeting on Thursday with the army general who led the military takeover, he bluntly refused to step aside.

Another sticking point for this formula is political. The constitution says that in the event of a presidential resignation, he will be replaced by the vice president.

There is however a second vice president - Phelekeza Mphoko - who was loyal to First Lady Grace Mugabe who would be elevated as president -- something the army would want to avoid.

The army would first have to persuade Mugabe to reappoint Mnangagwa.

The National Assembly and the Senate can start proceedings to remove the president if both pass simple majority votes against the head of state in cases of "serious misconduct", "failure to obey, uphold or defend (the) constitution", "violation" of the constitution or "incapacity".

Once the votes are passed, the two chambers must then appoint a joint committee to investigate removing the president.

If the commission recommends impeachment, the president can be removed from office once both houses back it with two-thirds majorities, according to section 97 of Zimbabwe&39;s constitution.
The vast majority of elected ZANU-PF representatives, like the opposition, are now in favour of removing Mugabe - but the process could be slow.

And like the resignation route, it would currently result in Mphoko becoming head of state.

The military seized power late on Tuesday night but have been at pains to give the impression of obeying the law and have sought to play down suggestions that their intervention amounted to a coup.

"We wish to make it abundantly clear that this is not a military takeover... We are only targeting criminals around him (Mugabe)," said Major General Sibusiso Moyo as he read a statement justifying the army&39;s actions on state TV in the early hours of Wednesday.

The African Union and the Southern African Development Community regional bloc have warned the army not to try to remove Mugabe by illegal means.

The generals appear to have headed their warnings and have instead pushed for dialogue with Mugabe while putting pressure on him by supporting the mass protests against the embattled president.