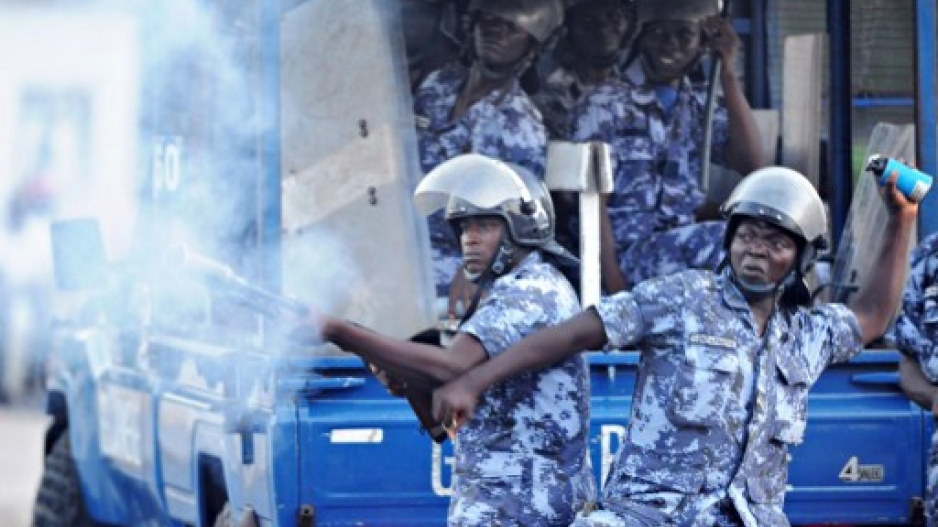 Togo police officers opened fire on protesters who were demanding that schools be re-opened on Monday.

LOME - Police in Togo&39;s capital Lome on Friday fired teargas at protesters defying a government ban on marching to the country&39;s parliament, an AFP reporter said.
The police resorted to the gas to push back thousands of demonstrators, most of them from the main opposition, as they approached to within 400 metres (yards) of the National Assembly.
The government of President Faure Gnassingbe had previously ordered the marchers away from the parliament building and told all schools in the capital to close in case of civil unrest.
"We have come out to put pressure on the government and the powers that be to ensure that political reform is implemented," said Jean-Pierre Fabre, the head of the National Alliance for Change.
"We are going to keep up the pressure to have all these reforms before the presidential elections in 2015," Fabre, who was this month chosen to stand at the vote, told AFP.
A meeting between Fabre and Gnassingbe has been scheduled for Saturday.
The stand-off led to tensions with the protesters, some of whom brandished banners proclaiming "Two terms is enough!", "50 years in power.
That&39;s enough!" and "We want institutional and constitutional reforms".
The protesters dispersed after the firing of teargas and some tyres were seen burning but calm returned soon after, the reporter said.
The government had warned on Thursday night that "appropriate measures" would be taken to prevent access to the parliament and called for the opposition to congregate on the nearby beach.
At the same time, thousands of government supporters also came out to demonstrate and held a meeting on the beach as requested by the authorities.
Their banners read: "Don&39;t touch my constitution" and "No illegal change".
"We are not refusing political reform but they (the opposition) have to get around the table for a consensus," said Foli-Bazi Katari, a deputy leader of the ruling Union for the Republic (UNIR) party.
"Whatever these reforms demanded by the opposition, Faure Gnassingbe will be our candidate in 2015," added Adiza Kediwa, wearing a white t-shirt with the slogan: "The Togolese constitution is sacred."
"No one has the right to stop him," he said.
Gnassingbe has not yet announced whether he will stand for re-election but is widely expected to seek a third term of office -- the current maximum allowed by the constitution.
He came to power in 2005 after the death of his father, General Gnassingbe Eyadema, who governed Togo with an iron fist for 38 years.
Togo&39;s opposition grouping, backed by civil society groups, has long been pushing for political reform to limit a president to a maximum two five-year terms of office.
But lawmakers rejected the reforms on June 30 and the opposition group is seen as hamstrung by disagreement between the parties that form the alliance.