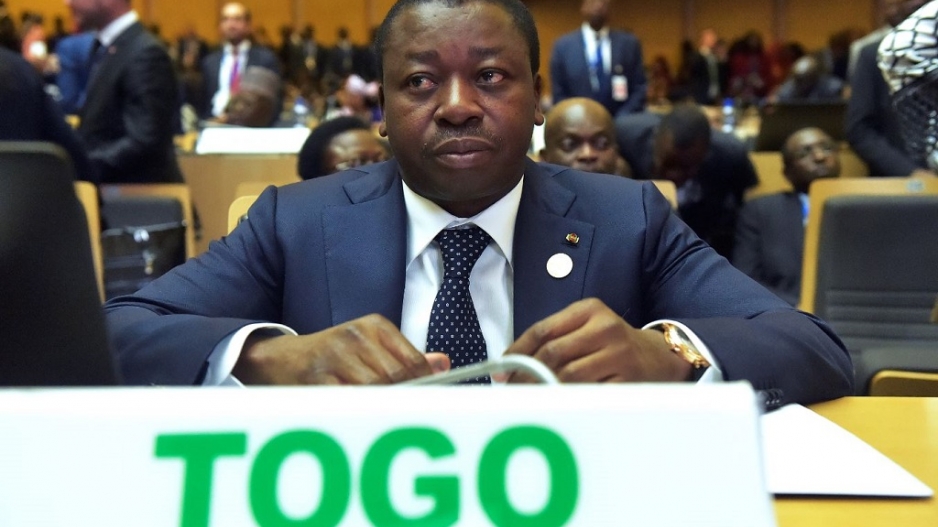 File: Togolese President Faure Gnassingbe attends the opening of the Ordinary Session of the Assembly of Heads of State and Government during the 30th annual African Union summit in Addis Ababa.

LOME - After six months of political crisis, a dialogue between Togo&39;s government and the opposition opening on Monday is seen by many as the last chance to resolve a bitter dispute over the rule of embattled President Faure Gnassingbe.

But the talks have raised a welter of emotions in this tiny west African country, ranging from hope to incredulity.

"It&39;s a &39;last chance&39; dialogue. It is in the interests of both the opposition and the government to do everything to put an end to this unstable situation," shopkeeper Joel Afandjigan told AFP.

"Each side must calm down."

The decision to come to the negotiating table follows five months of massive public protest against Gnassingbe, who currently holds the rotating chairmanship of west Africa&39;s regional bloc, ECOWAS.

Almost every week, there have been huge marches through the streets demanding that he resign and to limit the presidential term to two mandates.

But Edoh Klavissou, who drives a motorbike taxi, says he&39;s not expecting anything to result from the talks with Gnassingbe&39;s ruling Union for the Republic (UNIR).

"UNIR will just take the opposition for a ride again. They will talk and sign another agreement which won&39;t be respected by the government. It&39;s the same thing all over again and we&39;re tired of it. We have talked too much in this country."

On social media, many sceptical voices are speaking out against holding "an umpteenth dialogue" in Togo, which has been ruled for 50 years by the same family.

Gnassingbe has been in power since 2005 after taking over from his father, General Gnassingbe Eyadema, who himself ruled Togo for 38 years after seizing power in a coup in 1967.

Back in 1992, Togo saw the introduction of a multiparty system with a new constitution, but since then there has been little sign of democratic progress despite repeated attempts at dialogue.

A series of constitutional reforms, which would have changed the voting system and set presidential term limits, was written into a key 2006 agreement in a bid to draw a line under the bloodshed that occurred a year earlier following Gnassingbe&39;s victory in a disputed election.

But the reforms were never implemented.

Since August, anti-government demonstrations across the country nearly every week have demanded Gnassingbe&39;s exit after he proposed changes to the constitution that would allow him to stay in power longer.

The opposition wants to restrict the presidential term to a maximum of two five-year stints in office, and introduce a two-round voting system.

Last week, the UN and the EU as well as the ambassadors of Germany, France and the United States all hailed the upcoming talks, calling for all of Togo&39;s political actors "to work in good faith to reach a consensus".

Ghanaian President Nana Akufo-Addo, who has been involved in mediation efforts, was expected to arrive in Lome on Sunday to open the talks the next day.

But few concrete details have emerged ahead of the talks, which will run for about 10 days, with the ruling party and the opposition each represented by seven delegates.

"What has impressed us is the goodwill and the enthusiasm on both sides to find a lasting solution to the crisis," Ghanaian delegation spokesman Daniel Osei told reporters on Saturday.

He said Ghana&39;s role was one of "facilitation" after the heads of ECOWAS, west Africa&39;s regional bloc, decided that a solution "would only be found through dialogue between Togolese".

Several key issues will be addressed, according to a statement Sunday, including the reinstatement of the 1992 constitution, which sets a two-term limit to the presidency -- as well as an eventual transition and election reform.

However, sources close to Gnassingbe have repeatedly told the local media in recent weeks that there would be no discussion of an imminent departure by the president, or of any commitment by him to step down in future.