Togo to hold referendum to decide on constitutional change 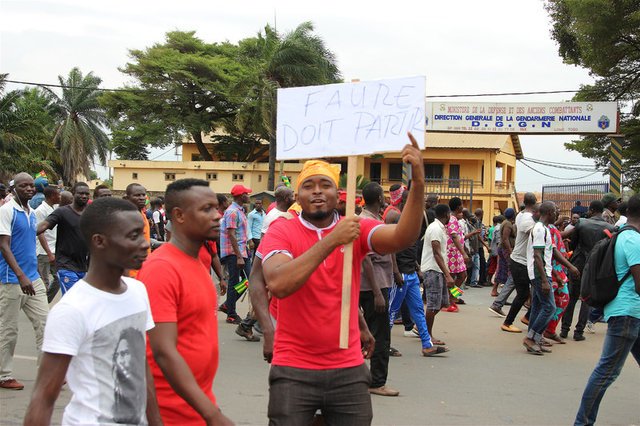 A man holds up a sign, which reads: "Faure must go", during an opposition protest calling for the immediate resignation of President Faure Gnassingbe in Lome, Togo.

JOHANNESBURG – Togo is to hold a referendum on a bill to limit presidential terms to two after it failed to win approval in parliament on Tuesday due to a boycott by opposition lawmakers, Reuters reported on Wednesday.

Only one of the 63 legislators present in parliament opposed the bill. However, the boycott meant the vote fell short of the four-fifths majority needed to change the constitution.

The boycott was called because the measure appears to exempt incumbent Faure Gnassingbe, who is already in his third term.

Gnassingbe would be eligible for two further five-year terms under the terms of the proposed bill, leaving him in power until 2030.

For the last 50 years, the small West African country has been ruled by Gnassingbe’s family, leading to mounting frustration at the snail’s pace of reform – resentment that resulted in street protests a number of times since August, forcing UN involvement and calls for action.

To date, the protests have been peaceful despite security forces killing two people in August.

Hundreds, however, died following the 2005 elections that brought the current president to power after the death of his father.

Furthermore, Gnassingbe may be bucking a growing regional trend such as Gambia’s Yahya Jammeh and Burkina Faso’s Blaise Compaore who are now living in exile after refusing to cede power.

The referendum will take place in the next few days while more protests are expected on Wednesday and Thursday in the capital Lome.