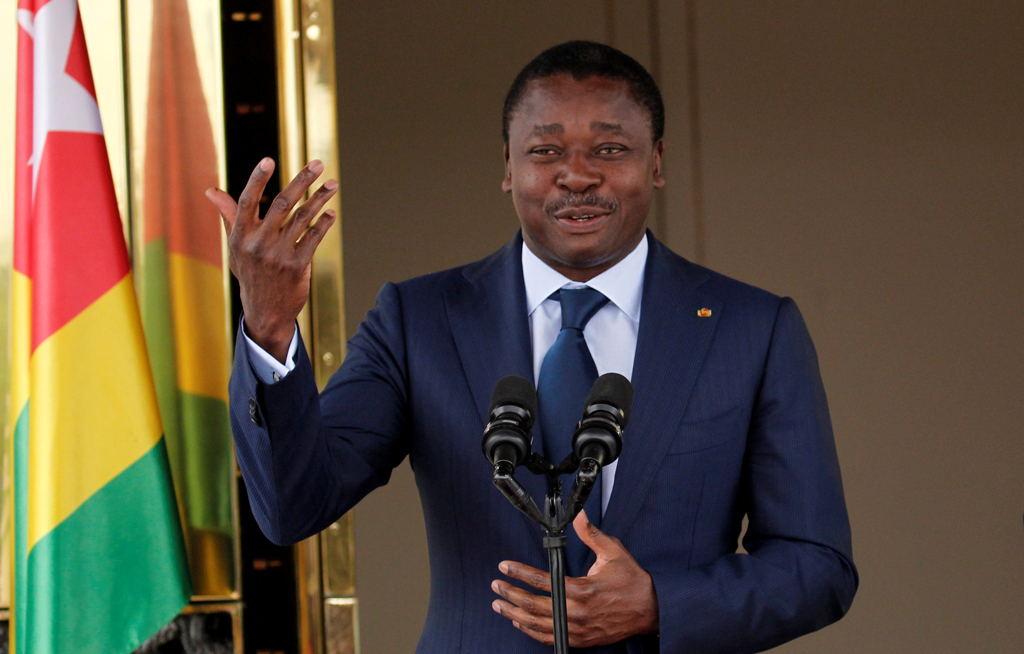 The international community has called for talks between the two sides to end the stalemate over constitutional reform to introduce a maximum two-term limit for presidents.

Faure gnassingbe need to resign and put this country on the path of democracy and good governance. Too many atrocities committed by the gnassingbe since 1967. FaureMustResignNow Gabon https://t.co/XUN42Tjq4P

But only five out of the 14 parties comprising the main opposition bloc were invited to preliminary discussions, scheduled to take place behind closed doors at the presidency in the capital, Lome.

Opposition coalition spokeswoman Brigitte Adjamagbo-Johnson said the alliance refused to attend the meeting in the face of the government&39;s "diversionary tactic."

"We are very vigilant in the coalition, we consult with each other about our joint position," she said, branding the government as "unfit" to lead the talks.

In the last few weeks, Ghana&39;s President Nana Akufo-Addo and his Guinean counterpart Alpha Conde have been acting as mediators between the two sides.

Adjamagbo-Johnson said they should be the ones calling both sides for consultations, not the government because they were one of the involved parties.

"The current crisis runs deep. The regime has to acknowledge that," she added.

Delegations from the UFC party of former opposition leader Gilchrist Olympio -- who has been allied with Gnassingbe&39;s government since 2010 -- and the president&39;s UNIR party met on Tuesday.

Other opposition parties not part of the coalition will also be consulted, as will former prime ministers, according to a source close to the presidency.

People, a dying regime is merciless and that of Faure Gnassingbe is already coming to an end. It groans and chokes; so it will become even more ferocious. Reject their invitation in the arena of violence and brutality because our numbers scare them more than anything. Togodebout

Government minister Gilbert Bawara said last week that the consultations aim to establish the "format and modalities" of the talks.

Anti-government marches have been held across the country nearly every week since August, attracting hundreds of thousands of protesters.

Gnassingbe has been in power since 2005, taking over after the death of his father, General Gnassingbe Eyadema, who himself was in charge of Togo for 38 years.

More protests are scheduled to take place on Wednesday, Thursday and Saturday.

The opposition coalition wants the release of people in custody and a "state of siege" to be lifted before any talks take place.

The government has promised to organise a referendum on the introduction of a two-term limit but has not said the reforms would be retroactive.

That would allow Gnassingbe to stand at the next two elections in 2020 and 2015 and potentially stay in power until 2030.