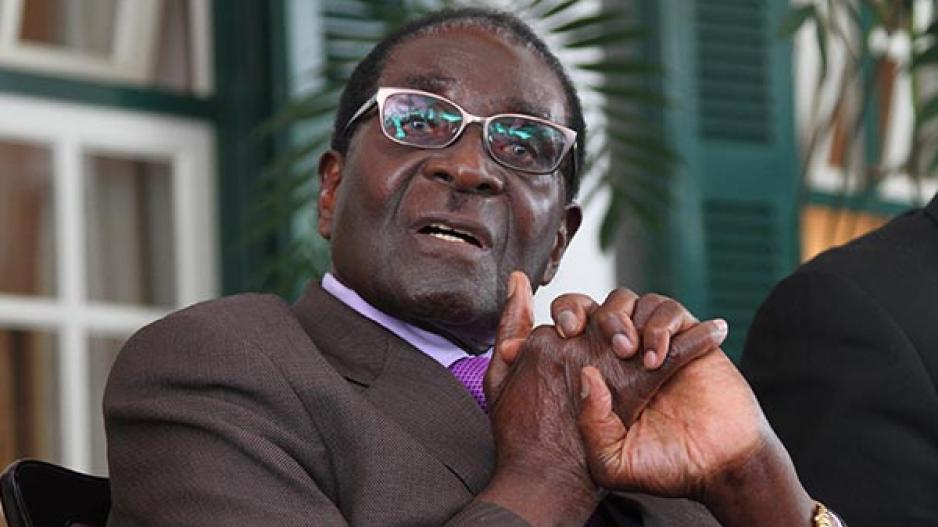 Zimbabwean President Robert Mugabe is set to attend the inauguration ceremony in Pretoria on Saturday.

He also slammed reports that he was in the neighbouring state to beg for financial help.

Talking at the Union Buildings on Wednesday and a business forum on Thursday, the 91-year-old leader touched on several current topics, including the legacy of imperialist Cecil John Rhodes.

He made several cracks about the British colonialist, who was once the namesake of present-day Zimbabwe, previously known as Rhodesia.

Mugabe described Rhodes as mischievous, and noted that while South Africa "had the statue" Rhodes was buried in Zimbabwe.

"So we are looking after the corpse, you have the statue of him," says Mugabe. Asks, "So, what shall we do?" Laughs here on Rhodes comment

Later the same day, students at the University of Cape Town gathered to watch as a statue of Rhodes was removed from the campus.

The action followed weeks of protesting and sit-ins after a student threw excrement on the memorial.

As Africa&39;s oldest leader, now serving his seventh term in office, Mugabe said a number of remarkable things during interviews, including widely broadcast sit-downs with Dali Tambo and Christiane Amanpour.

"Mandela has gone a bit too far in doing good to the non-black communities … That&39;s being too saintly, too good, too much of a saint.” – Harare, Zimbabwe on 2 May 2013

"It&39;s your support which enables me with my small frame to instill fear in the likes of Obama.” – Zvimba, Zimbabwe on 7 September 2014

"The land reform is the best thing that could ever have happened to an African country.” – New York, United States on 24 September 2009

"Only God who appointed me will remove me, not the MDC, not the British.” – Bulawayo, Zimbabwe on 20 June 2008

It was Mugabe&39;s first official visit South Africa in over twenty years, accompanied by ten ministers who signed deals with their South African counterparts.

The delegation arrived at Waterkloof Air Force Base on Tuesday.

Mugabe is the leader of one of Africa&39;s least competitive economies. The World Economic Forum (WEF) ranked Zimbabwe the lowest of all African states listed in its most recent global competitiveness report, released in September last year.

The report considers several variables in its analysis, including financial market delelopment, business innovation, education and training. Zimbabwe at 124 out of 144 countries around the world.

That listing was a downgrade from its previous ranking in the same report, released annually.