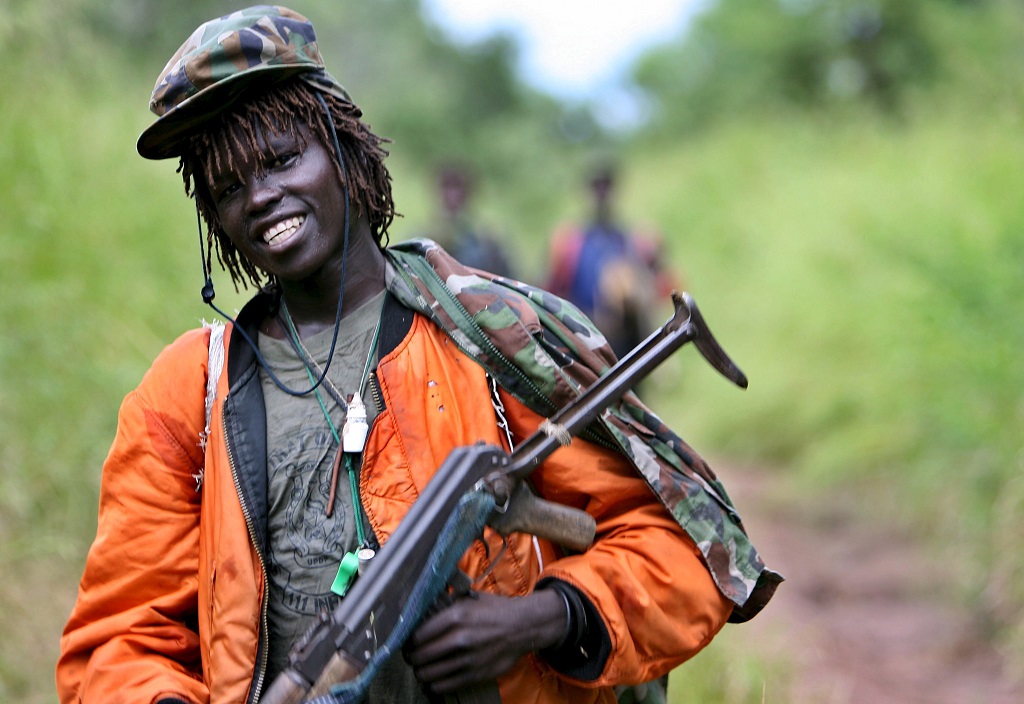 A rebel from the Lord's Resistance Army (LRA) smiles as he makes his way to an LRA camp set up in Owinykibul in Sudan Tuesday, 19 September, 2006.

KAMPALA - A top commander of the notorious Lord&39;s Resistance Army (LRA) rebel army has surrendered and is now in the custody of US forces, the Ugandan army confirmed Wednesday.

He said Ongwen one of the last senior aides to LRA leader and warlord Joseph Kony who was still at large.

The LRA have been blamed for the slaughter of over 100,000 people and kidnapping of more than 60,000 children during a three decade-long campaign across five central African nations.

"His surrender puts the LRA in the most vulnerable position. It is only Kony left standing," Ankunda said, adding that he had first surrendered to CAR&39;s Seleka rebels, before being handed over to US forces.

Ongwen is being held in the southeastern CAR town of Obo, close to the border with South Sudan and Democratic Republic of Congo, Ankunda said.

We are working out procedures, including his possible transfer to Ugandan authorities or to The Hague-based ICC.

Ongwen, who is in his mid-30s, is accused of directing bloody campaigns in northern Uganda in the early 2000s where thousands were killed or abducted to be used as child soldiers or sex slaves, as well as carrying out attacks on civilians in DR Congo.

On Tuesday, officials in Washington said a man claiming to be Ongwen surrendered to American special forces who have been deployed in the hunt for Kony since 2011.

The US State Department accuses him of "murder, enslavement and cruel treatment of civilians", and had offered a $5 million bounty for information leading to his capture.

Long driven out of Uganda, small bands of LRA fighters now roam forest regions of CAR, DR Congo, Sudan and South Sudan. Kony, who claims mystical-religious powers, has long been reported to be based in the Sudanese- controlled Kafia Kingi enclave.