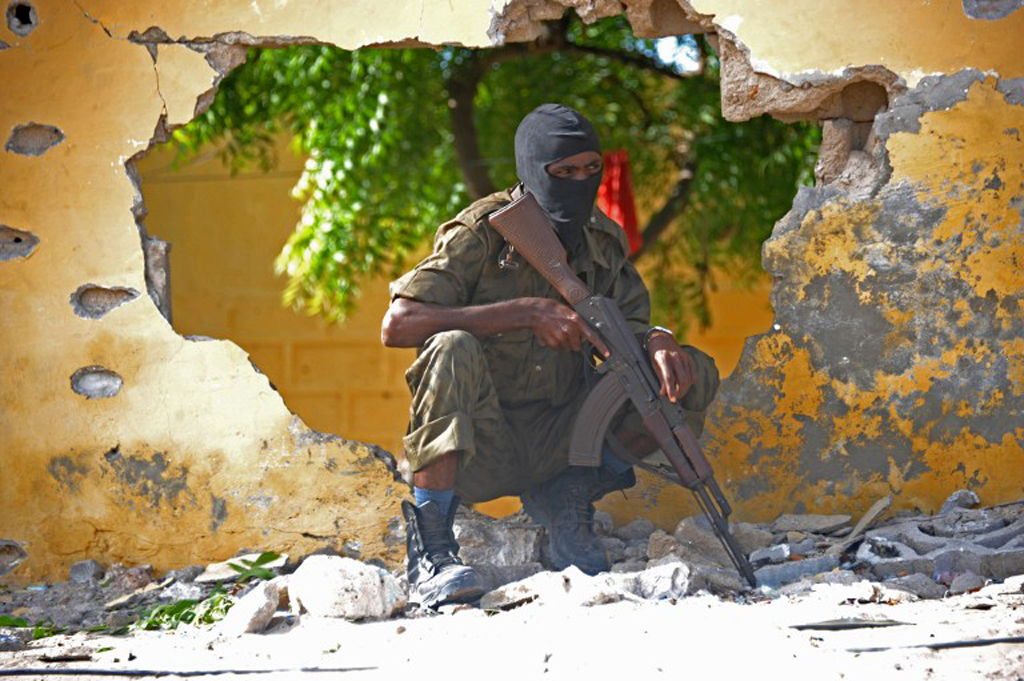 A Somali soldier stands guard next to the site where al-Shabaab militants carried out a suicide attack against a military intelligence base in Mogadishu on June 21, 2015.

MOGADISHU – Militant group al-Shabaab paraded a top Somali military commander after capturing him in an area 30km south of the capital Mogadishu, the group said on Sunday.

“He had hidden himself somewhere in Afgoye town in the Lower Shabelle when our armed fighters captured him late Saturday,” Ali Dhere said. “His fate will be decided by an Islamic court.”

A senior Somali military commander in the region, who asked not to be named, told dpa that the kidnapped commander was off-duty at the time, taking taking time with his family in the Afgoye area.

His small luxury car was also taken by the militants, he added.