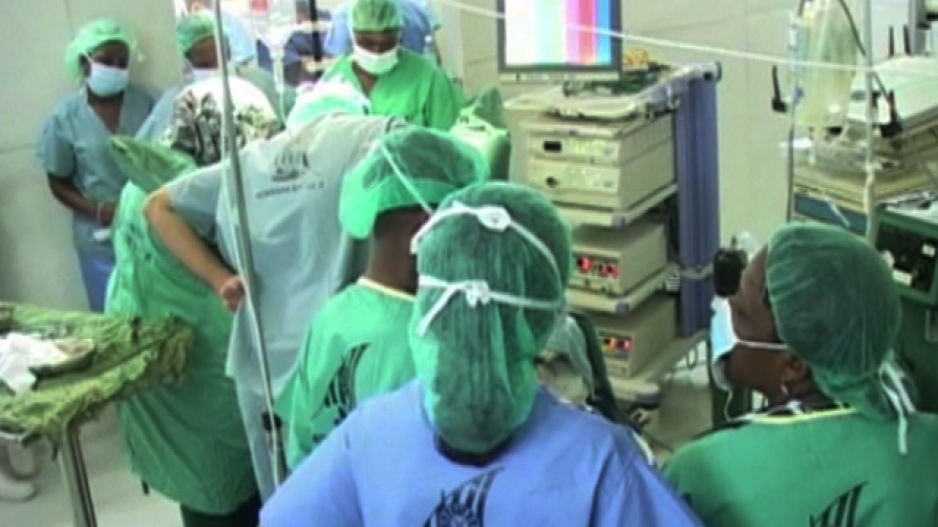 MALINDI, Kenya - A group of Kenyan doctors have for the past week helped hundreds of people in desperate need, deploying world class surgeons and performing complicated key-hole surgeries all for free, as part of The Week of Healing.

The Week of Healing initiative in its 23rd year, saw six of Africa&39;s top surgeons gathered in Malindi to perform laparoscopic surgery - a relatively new method - hailed for not being as invasive as more traditional surgeries.

"It’s mobile surgery. We have come from Nairobi, with our equipment, to a facility in this rural setting. We are able to set up and offer the same facilities,” said Dr Francis Were, Obstetrician and Gynaecologist

"Some of these people in rural Malindi are not able to go to hospitals, they don&39;t find the specialists that they need for their conditions," said Tony Kisaka of Safaricom Foundation.

"I thank God I have gotten treatment and all the people who have helped me. I didn&39;t expect to get this chance, I have been longing for it for so long. I urge the government to co-operate with such people.

"Such a collaboration could save lots of lives,” said a patient.

Most of the patients were women and they arrived with ailments neglected for years.

"We have had ladies coming in with large uteruses due to uterine fibroids, they are challenging to remove, due to their longstanding duration and have been well vascularised so they bleed," said Were.

More than a hundred surgeries were performed in one week and each successful operation means relief not only for the patients but for their families too.